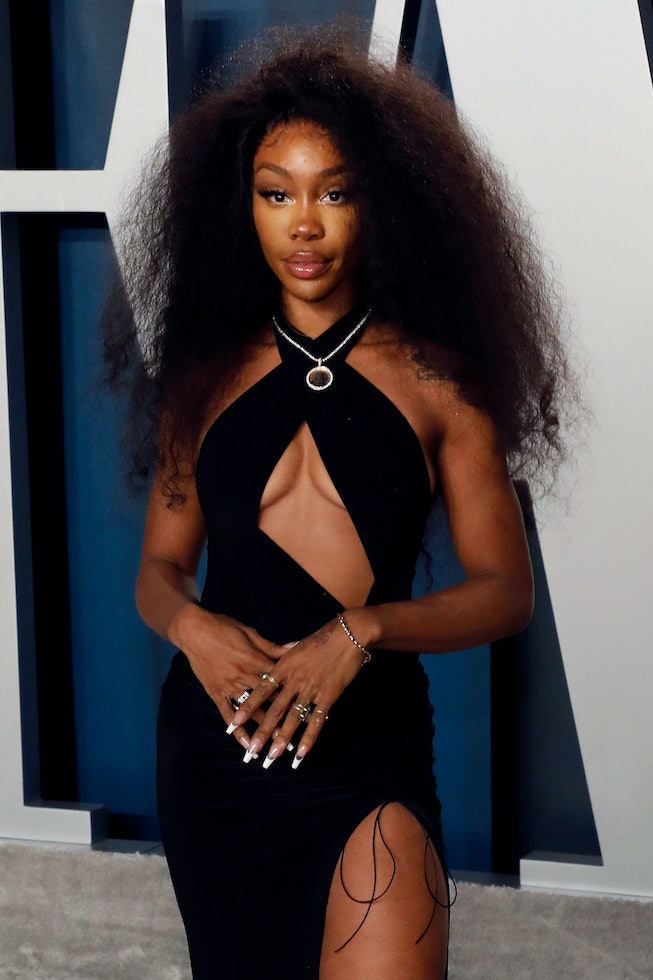 It's only been three years since SZA released her excellent debut album Ctrl in 2017, but it's felt like an eternity. That doesn't mean the elusive R&B star has been totally absent in the interim: She's hopped on a few collaborations here and there (her most recent being "The Other Side" with Justin Timberlake for the Trolls World Tour soundtrack), but SZA solo has been hard to come by. Luckily, new developments point to a possibility that all that might change soon.

Following a short social media break, the singer returned to Twitter on Tuesday to tease the possibility of sharing a big "music dump" of presumed b-sides and unreleased snippets that have leaked over the years. Hallelujah! Sure, if we want to get technical, it's not new, new music, but at this point, this is the best we could hope for.

"So like a music dump .. similar to a photo dump but not an album .. this concept make sense to anyone? Has anyone ever done it ? Asking for me," she tweeted. She clarified later that the dump would consist of "like 20" songs from the "course of the last 6 years."

Predictably, her fans began asking for her to include certain leaks and throwaways from previous projects, so SZA has now put out a general call for ideas.

"Okay deadass," she tweeted, "THIS IS NOW A COLLECTIVE EFFORT EVERYONE IF U HAVE A SNIPPET IN MIND PLACE IT IN THIS THREAD I DONT REMEMBER ALL OF THEM SO GATHER WHAT U WANT AND ILL SEARCH THE HARDDRIVE TODAY."

In related news, SZA also gave a small — though sad — update on the long-rumored Ctrl deluxe edition. It turns out that she forgot all about it. "It was like a missed text message," she wrote. "I felt like too much time passed and it didn’t matter anymore[...]started something new." R.I.P. Ctrl deluxe — guess we can't have everything.

In the meantime, send your suggestions to SZA via Twitter.

NEXT UP
Entertainment
Björk's Music Video Evolution, From Fresh-Faced Star To Avant-Garde Master
Entertainment
SZA May Finally Be Returning With New Music
Entertainment
Getting Ready With Pale Waves For Their 2022 New York City Concert
Entertainment
On ‘Cool It Down,’ A Spitfire Band Matures