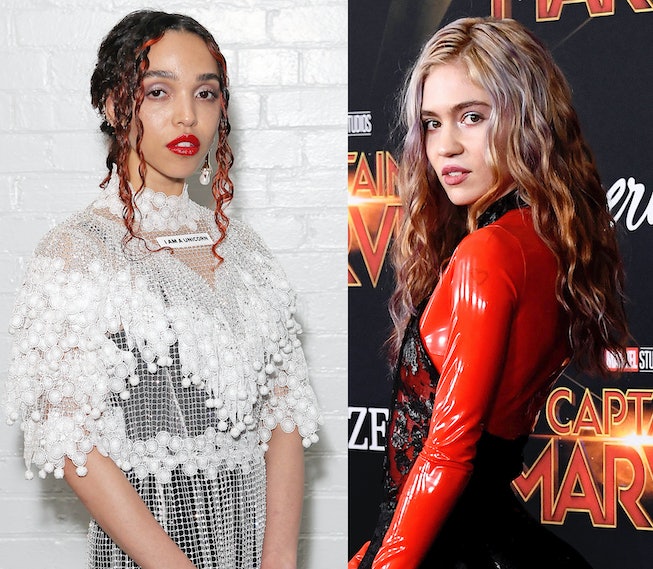 Imagine you're minding your own business on the first day of Art History 101 at Zoom University, only for the professor to turn on the camera and reveal herself to be the soft-spoken and ethereal FKA Twigs, or a frenetic Grimes babbling about the biblical apocalypse. Google Arts & Culture's new season of Art Zoom does just that, recruiting musicians to LARP as tenured professors and wax poetic about their favorite paintings.

Twigs uses her session to talk about the muse behind her 2019 release Magdalene, the one and only Mary Magdalene herself. "When I was researching about Mary Magdalene I was looking at a lot of paintings of her, she seemed so poised and so together," she says softly. "But the irony is, in finishing my music, I found a deep wildness, a looseness, an acceptance, a release, and that's exactly what I'm experiencing in this painting."

Meanwhile, Grimes brings her signature chaos for her analysis of Bruegel’s The Fall of Rebel Angels, which depicts the end of days from the final passage of the Bible. Grimes' commentary is the most pure: "This painting is such a nightmare. Like, God! It's so horrific! It's like, wow." She weaves in and out of the painting's historical context, taking time to also point out quirky and gory details like farting demons, naked creatures showing their guts, and a dog with a crown. "This is a deeply emotional piece," she muses. "He must have been having a really bad day."

And finally, there's a dose of Modernism thanks to The 1975's Matty Healy and Piet Mondrian. "You've seen it before," he says of the painter's famous Composition with Red Blue and Yellow. "And you might even think that you could do the same."

Healy blows the sophomoric assumption wide open and dissects how the painting represents harmony, spirituality, truth, and nowness. The musician goes deep on Mondrian's use of lines: as connections, communication, and containment. "This painting is a pure idea, an infinite portal," he says. We're moved, too!