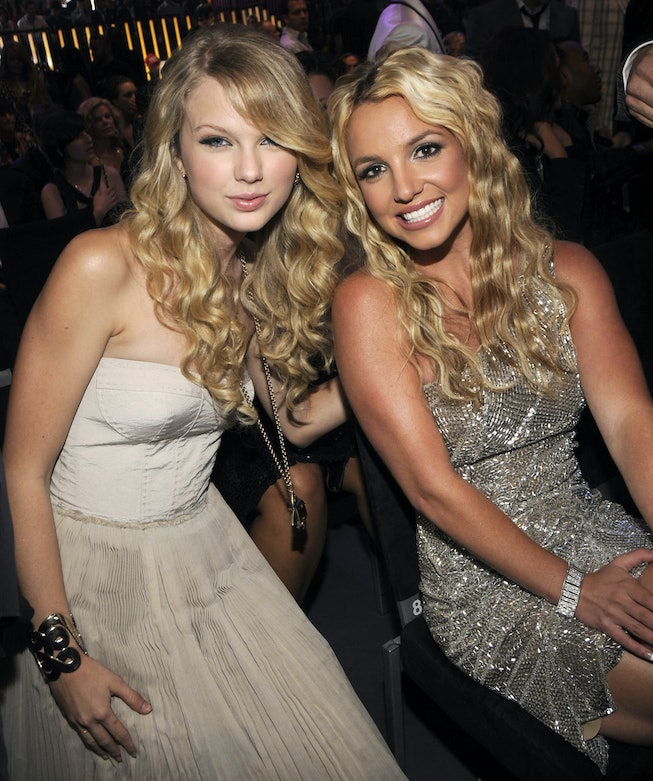 Happy Red Day to all who celebrate, as Swifties around the world cry over old journals and listen to Red (Taylor’s Version) on repeat. The 10-minute extended version of Swift’s most enduring, Jake Gyllenhaal-exposing song, “All Too Well,” may be the most talked about lyrical event off the album’s rerelease, but Swift has made sure to load the rest of the album with Easter eggs, too.

On the mobile Spotify version of the album, a fan on TikTok noted that the visual for Swift’s song “The Lucky One” seems to reference Britney Spears’ 2000 hit “Lucky.” Swift’s “The Lucky One” tells the story of a starlet, “new to town with a made up name, in the angel city seeking fortune and fame,” who eventually chooses to walk away from it all. The song has long been rumored to be about Joni Mitchell, who famously dipped away from public life after becoming one of the most popular singer-songwriters of her time.

The new reference shows Swift forlornly brushing her hair, a direct visual reference to the music video Spears released for her Oops...I Did It Again track “Lucky.” Spears’ song tells a similar tale, about a young starlet at the height of her fame and in the depths of loneliness. “And they say/She’s so lucky/She’s a star/But she cry, cry, cries in her lonely heart,” the catchy chorus memorably goes. Given everything that’s now been revealed about Spears’ experience in the fame machine, it’s a fitting tribute from Swift.