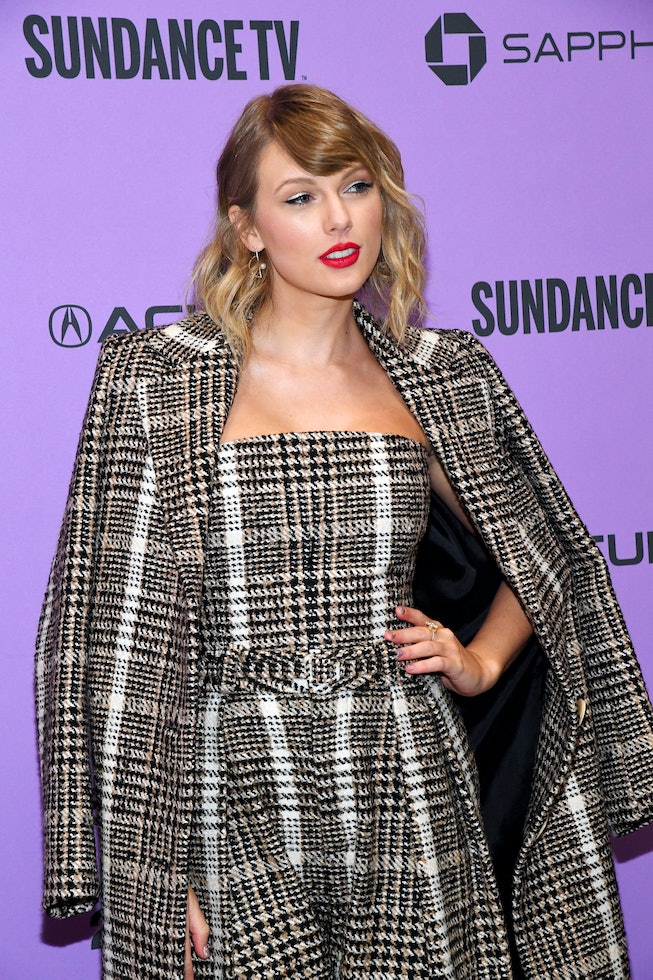 The Taylor Swift and Big Machine Records feud has been fired up again. This time, it's over an alleged new album of old Swift live performances that the record label is reportedly dropping at midnight on Friday. Apparently, after hearing about the album through her fans, Swift took to her Instagram stories on Thursday to denounce the album and the actions of her former label, calling the move "tasteless."

"I just wanted to tell you that this release is not approved by me," she wrote. "It looks like Scooter Braun and his financial backers, 23 Capital, Alex Soros and the Soros family and The Carlyle Group have seen the latest balance sheets and realized that paying $330 MILLION for my music wasn't exactly a wise choice and they need money."

She went on to write that the move was "just another case of shameless greed in the time of Coronavirus. So tasteless, but very transparent."

Though Big Machine Records has not publicized or officially announced the release of a new Swift record, Swift claims in her post that the album is a recording of a 2008 radio show performance she did when she was 18. "Big Machine has listed the date as a 2017 release but they're actually releasing it tonight at midnight," Swift wrote. Fans on Twitter seem to have identified the project as Live From Clear Channel Stripped 2008. (NYLON has reached out to Big Machine Records for comment.)

The feud between Swift, Scooter Braun, and Big Machine Records began in June 2019, when Braun purchased the Big Machine label, including Swift's entire catalogue at the label. Swift wrote a lengthy Tumblr post about the purchase the same day, calling it "my worst case scenario." Since then, Swift, Braun and Big Machine founder and CEO Scott Borchetta have been tied in a back-and-forth he-said-she-said about the ordeal, culminating in a 15-minute speech Swift gave at Billboard's Women in Music 2019 event in December 2019, in which she directly called out Braun, private equity, and "toxic male privilege."

Several celebrities have voiced their support of Swift, including Halsey, Selena Gomez, and more. See a screenshot of Swift's full Instagram story below.