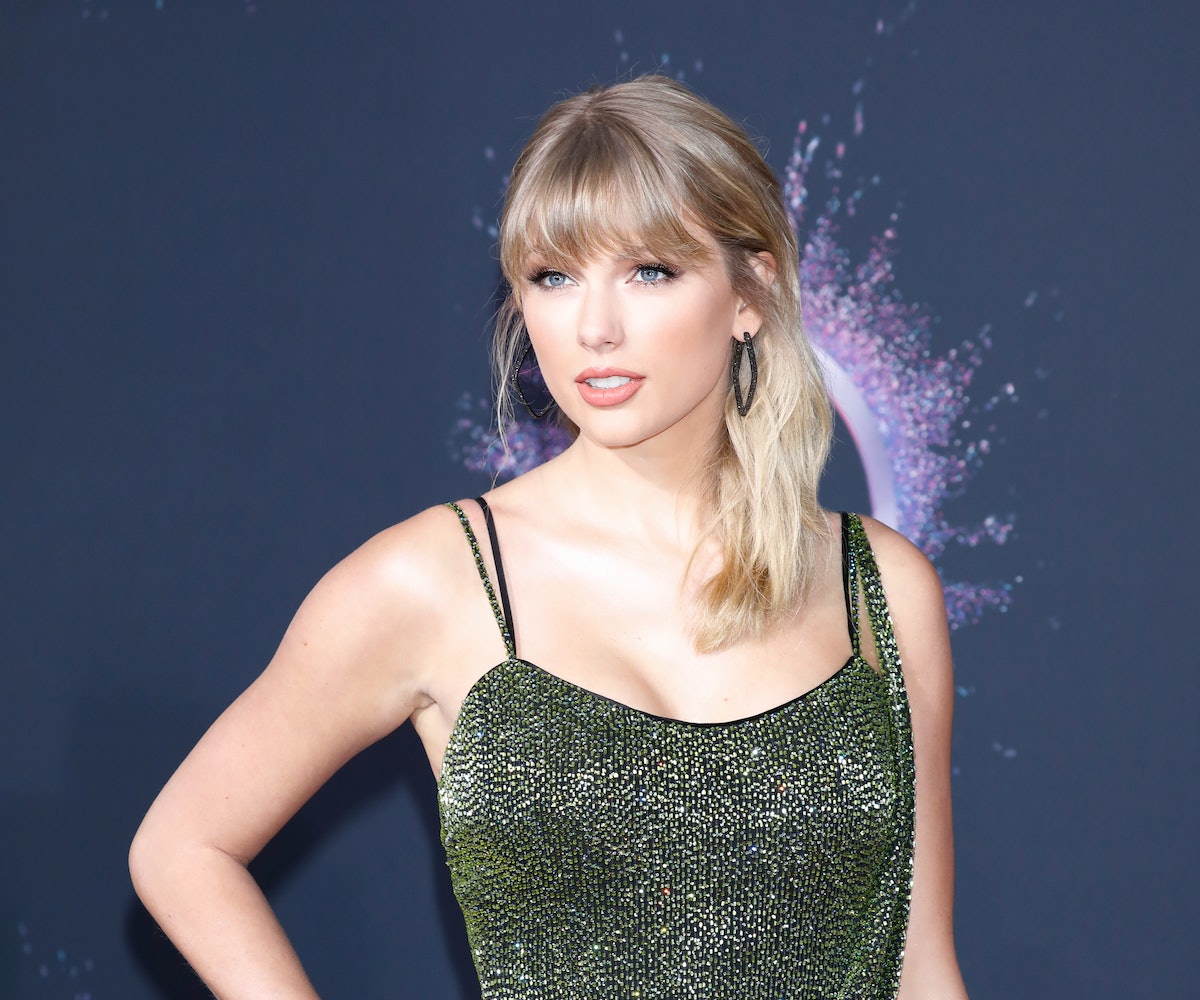 Taylor Swift's long and ongoing fight to buy back the master recordings of her first six albums has seemingly just become more complicated. Just 17 months after his original purchase, Scooter Braun has allegedly sold Swift's masters to an anonymous "investment fund" buyer for "north of $300 million," Variety reported on Monday. Though the finer details of the purchase were not disclosed, a new letter posted by Swift onto her social media channels Monday evening acknowledged and confirmed her masters' repurchase — "the second time my music has been sold without my knowledge," she wrote — and offers some transparency.

Swift reveals in her letter that the buyer and new owner of her masters is a private equity company called Shamrock Holdings, a firm that a quick Google search reveals is under the sole ownership of the Disney family. She writes that shortly after the sale the firm reached out to her to notify her of their purchase with hopes that the two parties could form an eventual partnership around the future of her recordings — though plans quickly fell apart.

"As soon as we started communication with Shamrock, I learned that under their terms, Scooter Braun will continue to profit off my old musical catalog for many years," Swift wrote. "I was hopeful and open to the possibility of a partnership with Shamrock but Scooter's participation is a non-starter for me." She was more or less, back to square one.

It's a disappointing update to a saga that has always felt brain-bogglingly incomprehensible ever since the beginning. When the pop star first revealed in 2019 that Scooter Braun's Ithaca Holdings had obtained the majority of her masters catalog when he purchased her former label, Big Machine Records, the unspoken knot turned round and around in everyone's heads was how this could happen to one of the most powerful artists in music — if not the most powerful artist in music? And now it has happened again — and again seemingly with no consequence or question on Braun's part.

There should be no doubt that Swift has more than enough money to buy back her masters — in fact, she has been actively trying to do so since its first purchase — which makes this latest exchange of hands feel all the more hollow and darkly insidious. It says in no few words that at the end of the day, an artist of Swift's caliber, with no real shortage of financial power, is still expected to submit to the whims of powerful and indifferent men at the top of the industry. "These master recordings were not for sale to me," she writes in her own letter. It is a quietly infuriating revelation, in the most awful and defeating way.

In the grand scheme of things, Swift's situation is but a singular case in an industry that was already bad when it came to artists having ownership of their own work, and is becoming even more complicated. Swift herself warned of the new "harmful force" in music in a speech from 2019 in response to private equity firms like Shamrock quietly acquiring more and more music catalogs in recent years. Shamrock's previous purchases before their deal with Braun include the songwriting catalogue of pop music producers Stargate (who have worked with artists the likes of Katy Perry, Rihanna, and Beyoncé), the catalog of dance label Om Records, and the Bass Brothers' production royalties for Eminem. "They’ve [...] become a hot property on Wall Street," Variety writes, due their potential for multiple streams of revenue: from streaming, sampling, commercial, TV and movie licensing, and more.

Swift, luckily, has found the patience and wherewithal to move forward, despite everything. One bright revelation from her letter is that she's begun re-recording her older music, "and it has already proven to be both exciting and creatively fulfilling," she writes. While it feels like it could be the great silver-lining of this whole ordeal, to have Swift breathe new life into her old works — one still can't help think that she shouldn't have had to this in the first place.