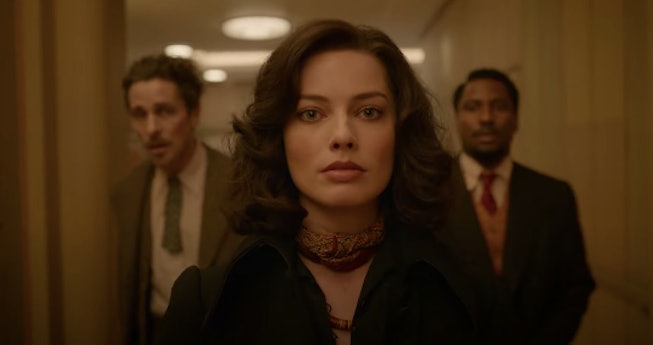 The trailer for the period piece teases that “a lot of this actually happened.” The film is described as an original crime epic about three close friends (Bale, Robbie and John David Washington) who find themselves at the center of “the most shocking secret plots in American history.”

The trailer opens with Rock’s character marveling over a “dead white man in a box,” before a voiceover from Bale explains how the three friends met and ended up in Amsterdam after being accused of killing someone (“which is not true,” he says).

Amsterdam is Russell’s first film since 2015’s Joy. In addition to Silver Linings Playbook, he also directed American Hustle. The movie hits theaters on November 4th. Catch the trailer, below:

NEXT UP
Entertainment
Taylor Swift Sparkled In Midnight Blue On The 2023 Grammys Red Carpet
fashion
How ‘Spice World’'s Costume Designer Nailed The ‘Scooby-Doo on Acid’ Look
Culture
Loewe’s Howl's Moving Castle Collection Is An Anime Dream
Culture
The Madonna Biopic Is Being Scrapped
Style + Culture, delivered straight to your inbox.