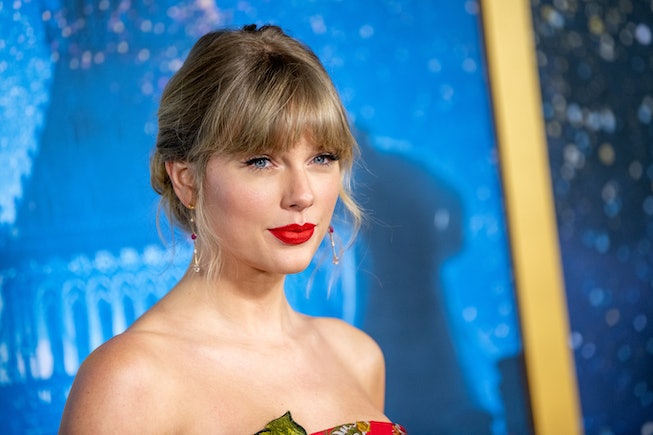 Get in, we’re being happy, free, confused, and lonely in the best way. Continuing her project of rerecording and releasing each of her critically acclaimed albums, Taylor Swift has announced that she’s moving up the drop of 2012’s Red. The new version of the now-classic “autumn heartbreak” album will drop November 12, instead of November 19, according to a Twitter post by Swift.

Here’s everything we know about the upcoming release:

“All Too Well” (Taylor’s Version) Will Come With Short Film

Hold on to your scarves, because Swift won’t only be releasing the 10-minute version of “All Too Well,” the long-awaited song will also arrive with a short film directed by Taylor herself and starring Sadie Sink and Dylan O’Brien.

The pop star announced the film on Good Morning America early Friday morning and also debuted the film’s brief trailer. There’s not much to glean from the 30-second clip, which just shows cars driving down an autumnal, leaf-strewn road, but it’s safe to assume we’ll finally be getting a dramatization of the beloved track that’s become hallowed lore. Besides directing the film, Swift will also star in it alongside Sink and O’Brien. Watch the trailer below.

Red (Taylor’s Version) will now be released on November 12.

Many fans believe the move was done to give space to both Adele’s next album, which is also meant to drop on the 19th, and the new version of Red. “My version of Red will be out a week earlier than scheduled (including the 4 disc vinyl) on November 12th! Can’t wait to celebrate the 13th with you and our new/old autumn heartbreak album,” Swift wrote on Twitter.

The reissue will include original hits like “I Knew You Were Trouble,” as well as some new editions.

Red may have introduced radio smashes like dubstep-adjacent “I Knew You Were Trouble” and the made-to-annoy-Jake-Gyllenhaal “We Are Never Ever Getting Back Together,” but it’s a layered album with a range of complex songs — including the heartbreaking “Treacherous,” the visceral title track, and all-time fan-favorite “All Too Well.”

Sharing the original reissue announcement on Instagram, Swift wrote, "This will be the first time you hear all 30 songs that were meant to go on Red. And hey, one of them is even 10 minutes long." Fans believe this refers to a 10-minute long version of “All Too Well,” as well as a highly-anticipated Phoebe Bridgers feature.

In an Instagram post, Swift explained why she chose Red as the next album to reissue from her catalogue, reflecting on its importance to her fans as well as her own artistry.

"Musically and lyrically, Red resembled a heartbroken person," Swift wrote in her post. "It was all over the place, a fractured mosaic of feelings that somehow all fit together in the end. Happy, free, confused, lonely, devastated, euphoric, wild, and tortured by memories past. Like trying on pieces of a new life, I went into the studio and experimented with different sounds and collaborators. And I'm not sure if it was pouring my thoughts into this album, hearing thousands of your voices sing the lyrics back to me in passionate solidarity, or if it was simply time, but something was healed along the way."

This article was originally published on Sep. 30, 2021