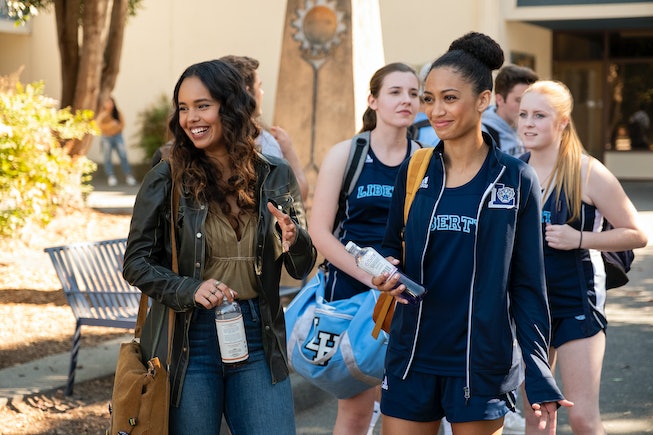 A lot has changed since the television adaptation of popular teen novel 13 Reasons Why first premiered on Netflix in March 2017. In its earliest iteration, the at-times controversial series followed the late Hannah Baker as she used a series of thirteen cassette tapes to explain how different classmates each played a role in her eventual decision to die by suicide. As the show has gone on, it has expanded to tell the individual stories of the classmates themselves, each one dealing with their own problems (some of which resulted directly from finding out how their behavior impacted Hannah's life and death). Now, however, everything is coming to a close as 13 Reasons Why heads into its fourth and final season next month.

Netflix first announced that the fourth season of the Selena Gomez-produced teen drama would be its last when it renewed the show back in August 2019. Today, Netflix announced the release date (June 5th) alongside a "Saying Goodbye" video that offered a peek at the new season while also showing some behind-the-scenes footage of the cast. Soundtracked by Lord Huron's "The Night We Met," the minute-long clip finds the cast sitting at their final table read, mingling on set, and tearily hugging each other when an executive finally announces, "That's a wrap on 13 Reasons Why." It's clear the end was an emotional one, as evidenced by breakout star Alisha Boe, who lets off a steady flow of waterworks as she tells a cameraman, "I will never forget this experience for the rest of my life, so thank you."

While Netflix has yet to reveal any real plot points for the forthcoming ten-episode season, a logline does offer a hint at what to expect, noting, "In the series' final season, Liberty High School's Senior Class prepares for graduation. But before they say goodbye, they'll have to keep a dangerous secret buried and face heartbreaking choices that could impact their futures forever."

Shed a tear with the emotional clip below. Netflix will premiere 13 Reasons Why's final season on June 5th.