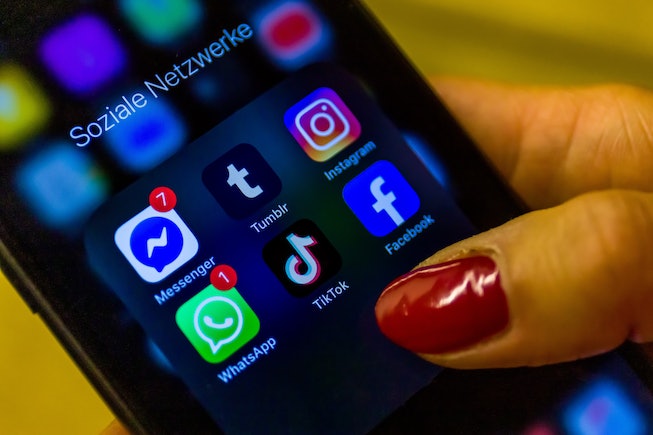 Most people spend their time on TikTok aimlessly scrolling through their For You page, consuming videos that are either informative or funny (or both) or skipping to the next one until they land on one that is. But is it possible that scrolling through TikTok may be having an adverse effect on our brain function? Judging by recent reports, well, yes.

According to the Wall Street Journal, teenage girls have recently been developing Tourette-like tics at an alarming rate. The source, according to some doctors? TikTok.

Since the beginning of the pandemic — a time many people will remember as the onset of TikTok mania — the number of young women dealing with these movement disorders has increased significantly, with the majority of them claiming that the tics started suddenly. And while this onslaught of new conditions could be attributed to a variety of things, specialists have begun to suspect that Tourette syndrome influencers on TikTok are playing a role. That the hashtags #tourettes and #tourettesyndrome collectively account for something north of 6 billion views certainly doesn’t help dispel this hypothesis.

This theory has become so widespread, in fact, that doctors are now using their resources to deeply research the likelihood of a real connection between TikTok usage and the development of new tics. Recently, a team of doctors in Chicago published their findings in the Movement Disorders journal with an article called “TikTok Tics: A Pandemic Within a Pandemic.”

Eerily enough, research is already seeming to allude to the worst. The Wall Street Journal looked to a number of hospitals to gauge whether or not the increase in patients citing new tics since the pandemic was actually substantial. One hospital went from seeing one to two patients a year for tic-centered issues to seeing up to 60. Meanwhile, Donald Gilbert, a Cincinnati Children’s Hospital neurologist who specializes in pediatric movement disorders, told WSJ that, for the past year and a half, he’s been seeing approximately ten new tic-addled adolescent patients a month. Before the pandemic? He was maybe seeing one.

Of course, there are other explanations for the convenient timeline. These tics could be developing in response to anxiety and depression, two conditions that notably ran rampant during the pandemic and its subsequent quarantine. Given that stress is often known to manifest physically, it wouldn’t be shocking to learn that the bodies of these teen girls (many whom, it can be inferred, are already dealing with the more mundane stressors of adolescence) are simply responding to their less-than-ideal circumstances.

Nevertheless, these reports at least serve as a warning sign. While there is certainly a chance that TikTok has nothing to do with this recent phenomenon, it’s always best to know that it still might. As Dr. Joseph McGuire, a medical professional from John Hopkins, notes, “There are some kids who watch social media and develop tics and some who don’t have any access to social media and develop tics.” How you respond to this information, however, is ultimately up to you. I mean, are you really never going to look at TikTok again?