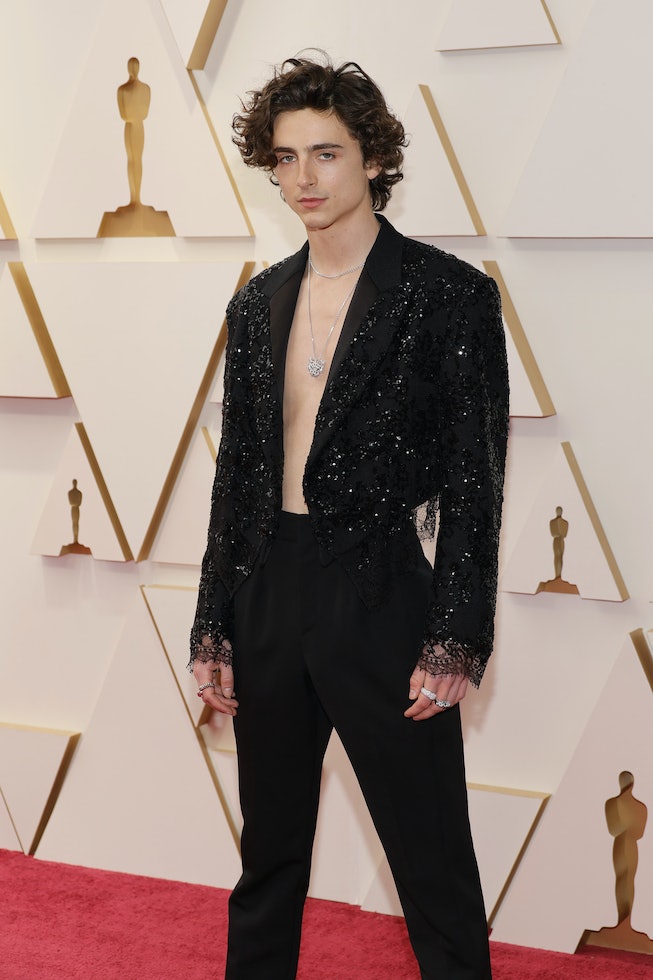 The actor starred in Denis Villaneuve’s remake of the sci-fi classic Dune this year, which is up for 10 Oscar nominations, including Best Picture. Chalamet was nominated for Best Actor in 2018 for his breakout role in Call Me By Your Name (but lost to Gary Oldman in Darkest Hour).

Chalamet also sparkled in several pieces from Cartier, including an 18k white gold Panthére de Cartier necklace and bracelet and no less than five rings from the jeweler.

His look on the 2022 Oscars red carpet is already threatening to steal the show: