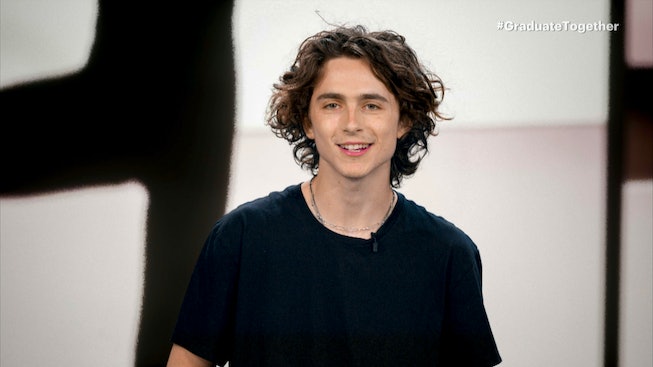 There's nothing Luca Guadagnino loves more than Americans abroad, especially if they're falling in and out of love in Italy. Between Call Me By Your Name and his new HBO drama series We Are Who We Are, the Guadagino extended universe is very much alive and well, to the point that Timothée Chalalmet can be seen wandering around in the background of We Are Who We Are. Not to out myself as 100 years old, but this brings me back to when Buffy The Vampire Slayer and Angel would have pivotal crossover episodes, only swap the Hellmouth for pristine Italian backdrops.

New York Times writer Kyle Buchanan delivered some context when fans first noticed Chalamet on their televisions: "Timothée Chalamet’s a background extra in the latest episode of We Are Who We Are and Luca Guadagnino told me eagle-eyed viewers will be able to spot Armie later in the series, too..."

It's a blink and you'll miss it kind of moment, but it's exciting to imagine Elio Perlman anguishing over Oliver with Fraser Wilson and Caitlin Harper as his captive audience. Why not extend the universe to Berlin and bring Susie Bannion and the rest of the Markos Dance Academy into the fold? See the clip for yourself below.