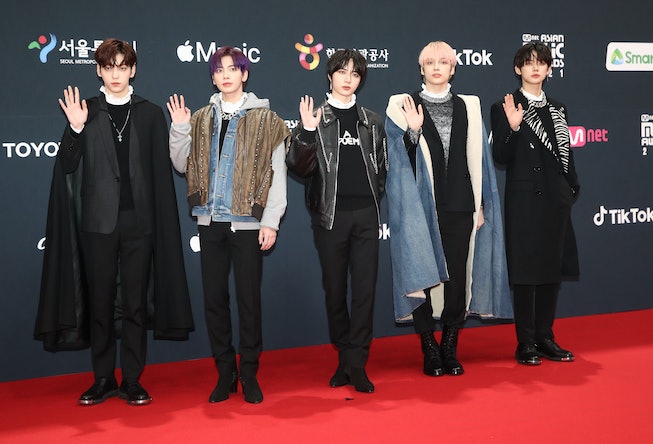 It’s shaping up to be a big and busy summer for Tomorrow x Together. Not only will the five-member K-pop group finally unleash their highly anticipated fourth EP, minisode 2: Thursday’s Child, on May 9, they’ll soon embark on their first-ever world tour — with seven scheduled stops in the U.S.

While it’ll be TXT’s first trek under an official tour banner, the group has played stateside in the past following a similar route just a few months after their 2019 debut, selling out a series of six shows in New York, Chicago, Orlando, Atlanta, Dallas, and Los Angeles. Fast-forward nearly three years, and no doubt a lot will have changed with their show, with the added releases of both the upcoming EP and their critically acclaimed 2021 record, The Chaos Chapter: Freeze.

And it seems the hype is only set to grow; the upcoming minisode 2: Thursday’s Child, recorded over 1.4 million pre-orders in 15 days — and there’s no doubt the demand will be just as overwhelming once tickets for their tour go on sale. So run, don’t walk, to make sure you’re ready for it. Read on for all the details you need to know about attending ‘Act: Love Sick,’ including their full tour schedule and how to score those tickets.

Where will Tomorrow x Together play?

For now, the band is scheduled to hit seven cities throughout the U.S., however a mysterious note of “more to come” on the group’s official website seems to hint that additional dates could be potentially added. See where they’re scheduled to play so far, below.

How to buy tickets to Together x Tomorrow’s Act : Love Sick tour

An exclusive presale for MOA members will kick off on Thursday, May 19 at 4 p.m. in the local time of the respective venues. Find more information on how to become a MOA member and how to register for presale access here. Otherwise, general on-sale tickets will be available via Ticketmaster.