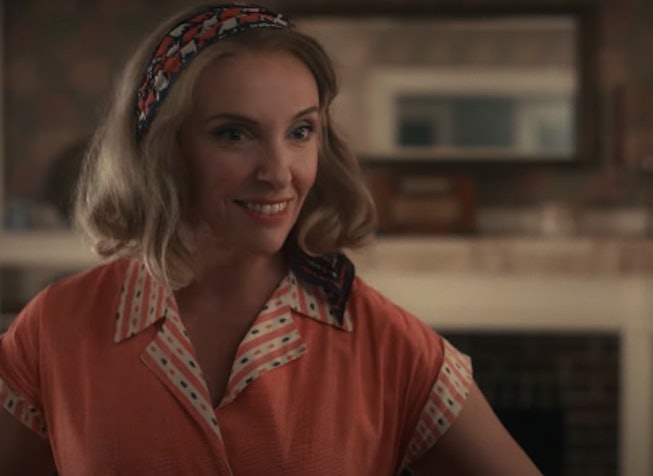 Toni Collette is adding another frightening mother role to her IMBb page. After scaring us within an inch of our lives as a grief-stricken mother in Ari Aster's horror masterpiece Hereditary, Collette is expanding the canon of a mother's love with her part in the forthcoming Charlie Kaufman thriller I'm Thinking Of Ending Things.

The film follows Jessie Buckley and Jesse Plemons as a couple near the end of their relationship, who for some unknown reason, are visiting Plemon's parents. Kaufman — the man behind Adaptation and Eternal Sunshine of the Spotless Mind — loves his films to challenge reality at every turn, and I'm Thinking Of Ending Things looks packed with enough bizarro, glitchy delusions and twists to make this anything but your standard breakup film. What things are ending exactly? Is it a relationship or the world as we know it? Will Collette once again infiltrate our nightmares? All will be revealed when the film hits Netflix on September 4.

Per Netflix: “Despite second thoughts about their relationship, a young woman (Jessie Buckley) takes a road trip with her new boyfriend (Jesse Plemons) to his family farm. Trapped at the farm during a snowstorm with Jake’s mother (Toni Collette) and father (David Thewlis), the young woman begins to question the nature of everything she knew or understood about her boyfriend, herself, and the world.”