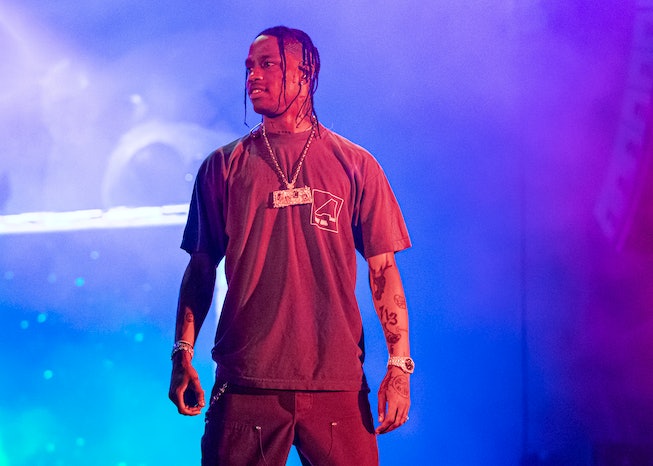 Stormi’s dad is at it again.

Travis Scott is continuing to pursue world domination with his latest venture, this time with beloved film studio A24. After conquering the music scene with two certified platinum albums, landing a multi-million deal with McDonalds, and producing a virtual collaboration with Fortnite, the Astroworld singer is taking his talents to film.

This afternoon, Scott posted a photo of a script with a partially covered title on Instagram. According to Variety, the project is called Utopia. Along with the photo, Scott wrote, “Life is a movie. So is this album.” The upcoming project was made in collaboration with Cactus Jack, Scott’s personal record label. Variety also reported that both Scott (as his own entity) and Cactus Jack have inked a deal with A24 Productions, and are set to create films together.

A24 is the indie company behind cult favorites like Moonlight, Midsommar, Zola and Uncut Gems. They’re known for their gritty plots and spellbinding imagery, which meshes well with Scotts brand. Though not much is known about Utopia — or whatever else Scotts dreamt up — their collaboration is sure to be fruitful. Perhaps there’s an Oscar somewhere in the rapper's future?

In the interim, Scott is preparing to release his fourth album (likely of the same name as the film). Earlier this year, he reportedly said to Variety, “I’m totally working on an album. I definitely care more about making albums than just dropping songs. I like dropping songs as much as I wanna drop them, but I love albums. I grew up on them.”