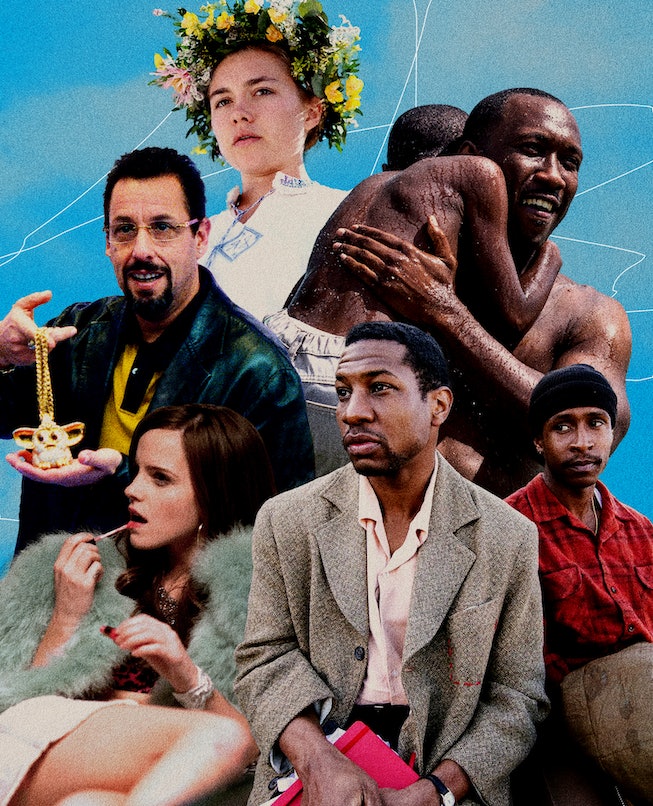 In 2012, A24 began as an NYC-based company founded by three friends with a shared love of film. Now, nearly a decade on, the moviemaking company is responsible for some of the most exciting titles in recent years. It looks like their streak of exceptional indies will be continuing; most recently, Janicza Bravo’s Zola, a firecracker of a film based on a tweet thread and starring Riley Keough and newcomer Taylour Paige, is a dazzling and uproarious A24 title. Also, coming soon is David Lowery’s The Green Knight, starring the wonderful Dev Patel, an epic fantasy quest putting a fresh spin on the classic tale of the Arthurian legend.

The A24 film collection is not united by a director, star, or genre, but instead, a shared belonging under the holographic logo of A24, an image that has become synonymous in cinephile circles with whimsical narratives and enchanting visuals. The consistent championing of debut independent filmmakers has also led to the ‘A24 film’ achieving cult status, garnering its own dedicated and loyal following. So much so, A24 has their own line of merchandise, from classic t-shirts that sell out on every drop to branded dog collars and movie memorabilia.

​​From a solid foundation of aesthetic indie films to some of the award circuit’s most stylistic contenders, A24’s back catalogue is full of cinematic gems to feast your eyes on. Here are 24 of the best A24 movies that are well worth searching out and enjoying.