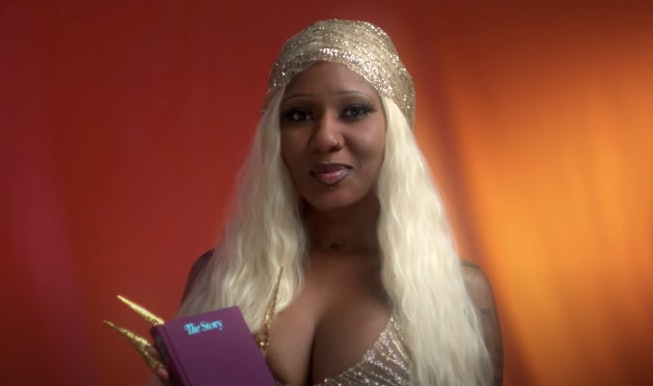 On October 17, 2015, A'Ziah “Zola” King changed Twitter — and the film industry — forever. With her epic 148-tweet tale about a Florida road trip gone horribly wrong, Zola arguably invented the Twitter thread (trending worldwide that night as #TheStory), which would later become the first thread to provide the blueprint for a feature length film.

With Zola hitting theaters June 30th, A24 is offering a new book capturing the real Zola’s story in print for the first time. The Janicza Bravo-directed film follows the original @zolarmoon twitter thread in careful detail, starring Taylour Paige and Riley Keough as fast friends headed on an ill-fated “hoe trip” with the hapless Derek (Nicholas Braun) and the manipulative X (Colman Domingo).

As absurdist as the film may get, it’s all thanks to the genius storytelling of Zola herself. The Story turns those 148 tweets into a hardbound work of art, capturing “The Thotyssey” in bold fonts and colors. The Story goes on sale June 16 on A24’s website.