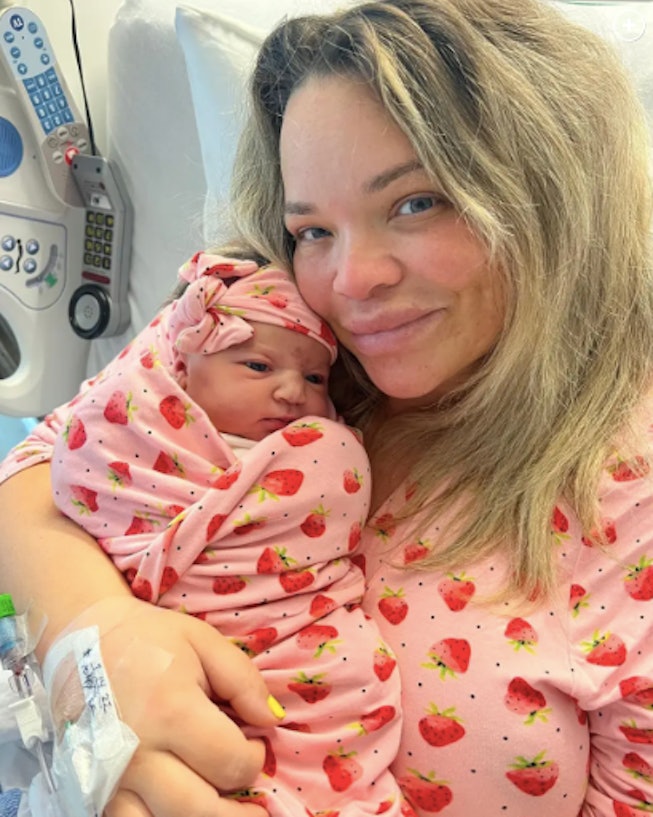 YouTuber, podcaster, singer, reality star, and at times controversial internet personality Trisha Paytas announced that she’s officially given birth to a baby girl. Paytas, 34, made the announcement on Instagram with a picture of the infant, captioned, “She has arrived. Meet our daughter.”

The Celebrity Big Brother star welcomed her daughter with her photographer husband Moses Hacmom. Paytas has shared the couple’s past struggles to conceive, and as a lifestyle vlogger has been very open about her pregnancy journey. She was also a trending topic the day that the Queen of England died, as rumors that Paytas gave birth the same day sparked a joke that Elizabeth II had reincarnated as Paytas’ baby.

Paytas addressed the meme a few days later, sharing a video showing that she was still pregnant, and expressing her bafflement over being connected to the monarch’s passing. “Sorry to the royal family and my baby,” Paytas wrote in an Instagram post. “Felt weird to say anything at all.” She added, “For people genuinely excited for us, can we keep that same energy for the next week? It was very kind and nice to hear but will be even more fun when baby is here with us.”