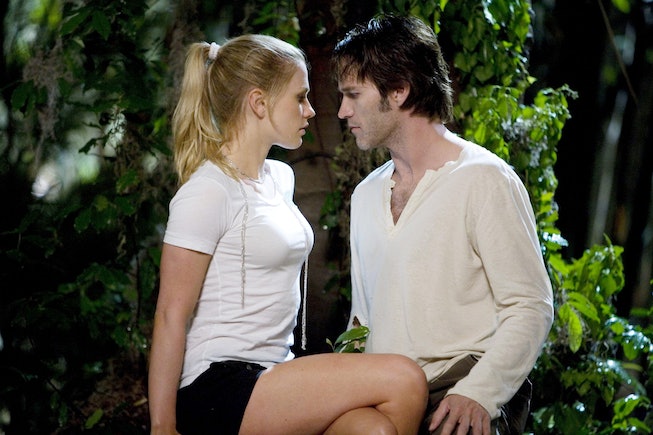 Hollywood's fascination with rebooting films and television shows in which the original still lingers in the public's consciousness is the weird constant we have these days. Per Variety, HBO is in the early stages of rebooting the beloved and campy southern gothic vampire series True Blood.

The series only ended in 2014 after seven seasons, which is apparently enough time to revive it from the dead. Speaking of the dead, True Blood dealt with the sexy undead, spinning a world in which the invention of synthetic blood allows for vampires to live among humans rather than hunt them. And with vampires comes werewolves, witches, and other creatures of the night. Oh, and they're all hot!

There's still very little information regarding the reboot, but so far Riverdale and Chilling Adventures of Sabrina creator Roberto Aguirre-Sacasa and Jami O’Brien are attached to write the script and executive produce. The original True Blood creator and show runner Alan Ball is also attached to executive produce, making it his fourth HBO gig after Six Feet Under, True Blood, and Here and Now.

The original series had Anna Paquin starring as telepathic waitress Sookie Stackhouse and boasted a stacked cast including Alexander Skarsgård, Joe Manganiello, Stephen Moyer, and more. Currently, no one from the original cast is attached to the reboot.