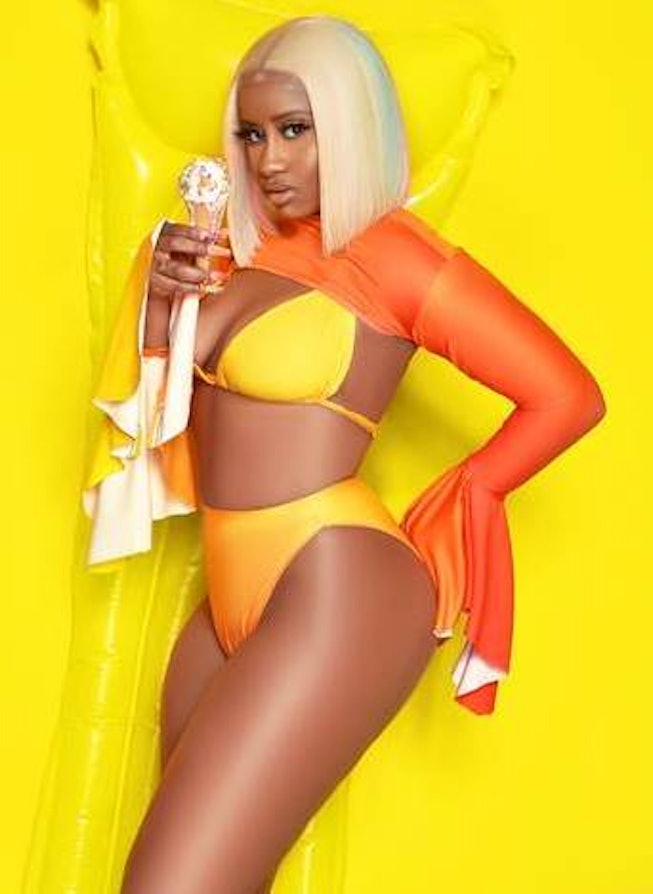 22-year-old Cleveland rapper Ty Bri isn't here to play. The Midwest emcee's bold bar's first caught the attention of the internet, with her freestyles and tracks like “Gimme Sum Money" and “Bobbin," gaining popularity alongside remixes of new classics like Ella Mai's "Boo'd Up." Now, Ty's formally staking her claim with today's drop of Sweet Lick, her debut mixtape.

The record includes the Philly Ferrari-produced single "Wake Up" featuring ATL rapper Mulatto — the visuals for which premiere exclusively on NYLON, below. In the video, Ty finds herself waking up every morning in a beautiful home, reminded that she's the baddest of bitches.

“This is a song about female empowerment," Ty tells NYLON. "I want this to be an anthem for all women. Wake up knowing that you are not a bitch, but THAT bitch.”

Later in the video, Mulatto drops by the mansion to hang with Ty and add her own verse.

“Working with Mulatto was great because we’re both young females coming up in music right now," Ty says. "It’s crazy, a year ago when I started to where I am now, getting DMs and encouragement from some of my favorite female artists.”

Ty recently signed to District 18 Entertainment, an imprint with RCA started by Brooklyn Johnny, who was influential in launching Cardi B's career. The rapper has found fans in peers like Trina, KashDoll, Rico Nasty and DreamDoll.

Watch the video for "Wake Up" below: