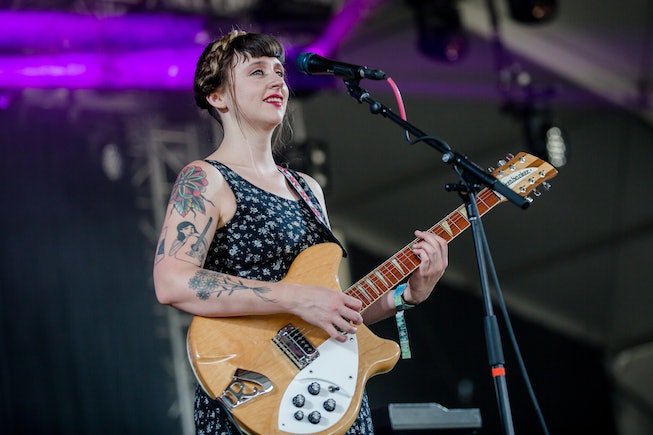 Singer-songwriter Katie Crutchfield, more commonly known under her performance moniker Waxahatchee, is celebrating the one-year anniversary of her album Saint Cloud with a special online performance. The Saint Cloud tour was cancelled by the now famous and ultimately life-ruining COVID-19 pandemic, but Crutchfield will rock on in style for the internet celebration.

Joining Crutchfield will be the Saint Cloud band, who will perform the critically-acclaimed record in its entirety. The performance goes down in Kansas City, Missouri and will be directed by Johnny Eastlund. It may be a while until concerts are fully back in session, but anniversary show promises to make it worth the watch: “This is the show we wished we could have brought to every city in the world,” reads a press release.

Waxahatchee has been keeping busy leading up to the show, and recently made her late night debut, performing songs from Saint Cloud on Jimmy Kimmel Live! Not to eschew the morning show circuit, she caught the early risers and performed alongside singer-songwriter Kevin Morby on CBS This Morning, where she played her hits “Fire” and “Lilacs.”

Tickets for the Saint Cloud one-year anniversary show are $15, with the $35 option snagging both a ticket and a piece of Saint Cloud merch. It all goes down March 27 at 7 pm EST.