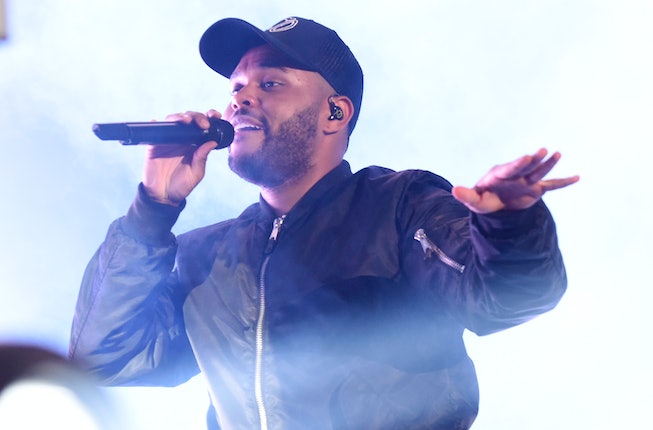 The Weeknd is one of those rare artists who exists equally in both the avant-garde and the mainstream. On the former end, the singer, born Abel Tesfaye, just executive produced experimental electronic musician Oneohtrix Point Never new record Magic Oneohtrix Point Never. And for the latter? I'm not sure what could be more mainstream than his next gig: headlining the Super Bowl.

“We all grow up watching the world’s biggest acts playing the Super Bowl, and one can only dream of being in that position,” Abel Tesfaye said in a statement. “I’m humbled, honored and ecstatic to be the center of that infamous stage this year.”

This is the second Super Bowl halftime show produced with Jay-Z and Roc Nation. "The Weeknd has introduced a sound all his own. His soulful uniqueness has defined a new generation of greatness in music and artistry,” Jay-Z said in a statement. “This is an extraordinary moment in time and the Pepsi Super Bowl LV Halftime Show is going to be an extraordinary experience with an extraordinary performer.”

Super Bowl LV is scheduled for February 2, 2021 in Tampa, Florida. It’s still unclear how the show will proceed or if people will actually be at the game. As of last month, the NFL was planning to fill approximately 20% of the seats in Tampa’s Raymond James Stadium.