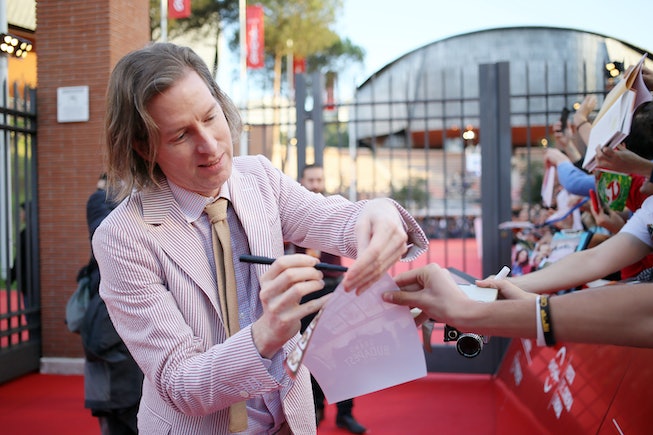 Wes Anderson fans, get ready to be fed. Not only did his long-awaited feature The French Dispatch starring Timothée Chalamet’s mustache finally get a premiere date for Cannes this July, but he’s already busy at work on his next feature.

Anderson is moseying over to the town of Chinchón, Spain for a new untitled project, and according to the Spanish newspaper El País, the director will be posting up there from July to September. Sets for the new film have already been spotted in the outskirts of town, and reportedly include a mock train station and classic Western rolling landscapes.

It’s safe to say the town of Chinchón is stoked to become part of the Anderson canon. Its mayor, Francisco Javier, says that the production is “very important for the city,” and that they have collaborated with the production crew, allowing them to base their operations out of the local cinema.

Details on Anderson’s new project are still under wraps, but knowing the director’s oeuvre, the new film will be nothing short of an A-list twee-fest, complete with meticulous costumes and enough quirky dialogue to make your head spin. Will the soundtrack become an instant classic? Will there be a simmering sense of melancholy among all the brightness? Will Chalamet and his mustache return? Only time will tell.