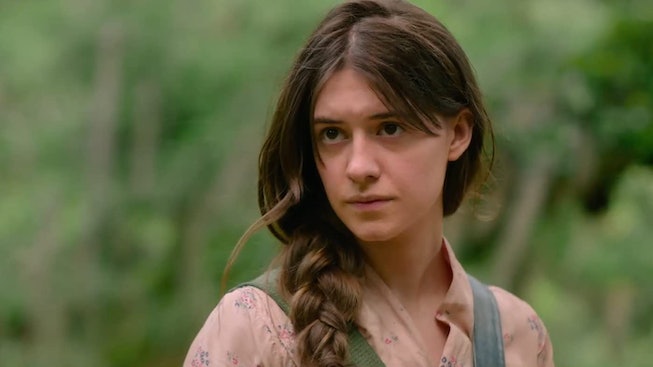 Warning: spoilers ahead for Where The Crawdads Sing

The film adaptation of Delia Owens’ best-selling 2018 novel, Where The Crawdads Sing, (with music by Taylor Swift) is currently in theaters. The story revolves around Kya Clark, a young North Carolina woman (Daisy Edgar-Jones) who is accused of murdering Chase Andrews, her ex-boyfriend whose body is found in a marsh. Much of the book (and film) is spent on the courtroom drama that plays out as Kya defends her innocence. Though she eventually acquitted of the crime, it’s later revealed that she did kill Andrews, which is justified by the fact that he had tried to rape her days before the murder.

While this might sound like a simple murder mystery, it’s much darker with the knowledge that Owens herself was allegedly involved in a murder decades ago while living in Zambia. The film adaptation, with its glossy Taylor Swift promos, has obviously distanced itself from the accusations, but they are well-documented, having been reported by Jeffrey Goldberg for the New Yorker in 2010 and again in 2019 by Slate. Here’s what we know:

Owens is wanted for questioning in the killing of an alleged poacher in Zambia.

Owens, her husband Mark and her stepson Christopher are reportedly all still wanted by Zambian authorities in regards to the murder of an alleged poacher in 1995. The killing of the man was televised in a 1996 ABC Turning Point documentary titled Deadly Game: The Mark and Delia Owens Story.

Zambian authorities told Goldberg this July of the Owens: “There is no statute of limitations on murder in Zambia. They are all wanted for questioning in this case, including Delia Owens.”

Owens denies any involvement in the televised killing.

The murder is actually featured in the ABC documentary, as the camera shows a man, already shot, lying on the ground, before being shot again by someone off camera, this time fatally. The ABC cameraman who filmed the killing told Goldberg in 2010 that it was Christopher Owens who fired the fatal shots.

Delia Owens, however, told Goldberg the same year that she didn’t know anything about the killing, nor did her husband or her stepson. “We don’t know anything about it,” Goldberg says Owens said at the time. “The only thing Mark ever did was throw firecrackers out of his plane, but just to scare poachers, not to hurt anyone.” She added, “Chris wasn’t there. We don’t even know where that event took place. It was horrible, a person being shot like that.” Lawyers for the family have also denied any wrongdoing or involvement, according to The Atlantic.

So far, the case hasn’t hurt Where The Crawdads Sing.

Despite the public accounting of the Owens’ alleged connection to the killing and its eerie similarity to the fictional story Owens wrote, Where The Crawdads Sing became a massive hit. The book was named as a pick for Reese Witherspoon’s book club, and sold more than 15 million copies to date, becoming the best-selling adult title of 2019. The movie adaptation (also produced by Witherspoon’s Hello Sunshine production company) bears the tagline: “Secrets are buried just beneath the surface.”

Goldberg told Laura Miller of Slate in 2019 that he “found it strange and uncomfortable to be reading the story of a Southern loner, a noble naturalist, who gets away with what is described as a righteously motivated murder in the remote wild.”