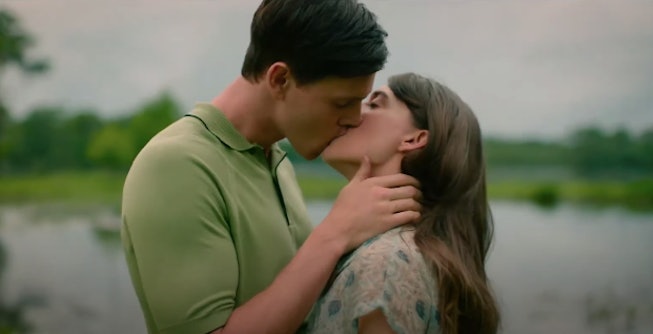 You can officially add movie-composer to Taylor Swift's resume. The Grammy-winning recording artist wrote an exclusive song for Olivia Newmans’s upcoming film Where The Crawdads Sing — which is based on a novel of the same name — and shared a sneak-peek of it on her Instagram.

Swift posted the film's first trailer, and gushed about the opportunity to create a song for the movie. “Where The Crawdads Sing is a book I got lost in when I read it years ago,” Swift wrote. “As soon as I heard there was a film in the works starring the incredible [Daisy Edgar-Jones] and produced by the brilliant [Reese Witherspoon], I knew I wanted to be a part of it from the musical side.” The track Swift created was based on the novel's mysterious undertones. “I wrote the song ‘Carolina’ alone and asked my friend @aarondessner to produce it,” she continued. “I wanted to create something haunting and ethereal to match this mesmerizing story. You’ll hear it fully soon, but for now check out the @crawdadsmovie trailer for a clip!

Where The Crawdads Sing was initially released as a best-selling novel in 2018. The book, which was written by Delia Owens, follows a young woman named Kya Clark (Edgar-Jones) who finds herself at the center of a murder investigation. The story takes place in 1969, and is set in Barkley Cove, a small town on the coast of North Carolina. Per the synopsis, Clark is a town-legend called the “marsh girl,” who’s rumored to have raised herself in the wilderness. When a young man that she’s linked to goes missing, Clark becomes the prime suspect.

After being published, Where The Crawdads Sing became a New York Times best seller and held its spot on the list for two consecutive years. The novel was endorsed by Reese Witherspoon, who added it to her book club and gave it a glowing review. “I can’t even express how much I love this book! I didn’t want this story to end,” she wrote.

The gripping novel is described as “an exquisite ode to the natural world, a heartbreaking coming-of-age story, and a surprising tale of possible murder.” It’s no wonder the best seller is finally being adapted into a film.

Where The Crawdads Sing, will premiere this summer on July 15th. Watch the trailer, and listen to a snippet of Swift's new song, below.