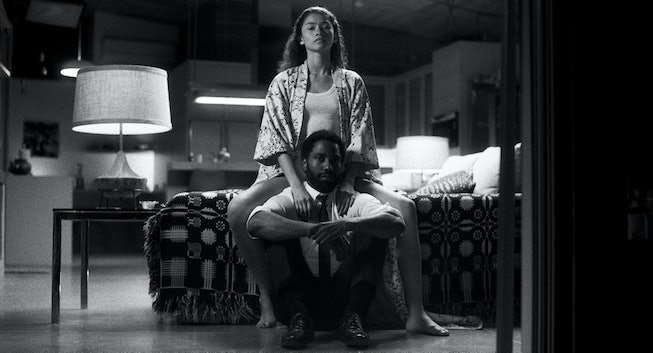 In what can only be categorized as a truly devastating year for mankind at large, one of the few hopeful moments was watching Zendaya's major come-up. She won Best Actress at the Emmy's for her portrayal of Rue in HBO's Euphoria, and also became the youngest actress to receive the award. That would have been enough, but Zendaya also filmed an entire feature during lockdown, which Netlfix subsequently purchased for a whopping $30 million in a distribution bidding war.

The film, Malcom & Marie, is officially landing on Netflix on February 5, 2021, which means that Zendaya and the film will be in the running for the upcoming Oscars season. Give that girl another statue!

Malcom & Marie also finds Zendaya linking up with director Sam Levinson (with whom she worked on Euphoria) and BlacKkKlansman and Tenet actor John David Washington. Per the Hollywood Reporter, the film tells the story of a director (Washington) and his girlfriend (Zendaya) whose relationship is tested after they return home from the premiere of his latest project and await the critical response to it.

The film was shot during the COVID-19 lockdowns in California, and became one of the first Hollywood productions to take place during the pandemic.