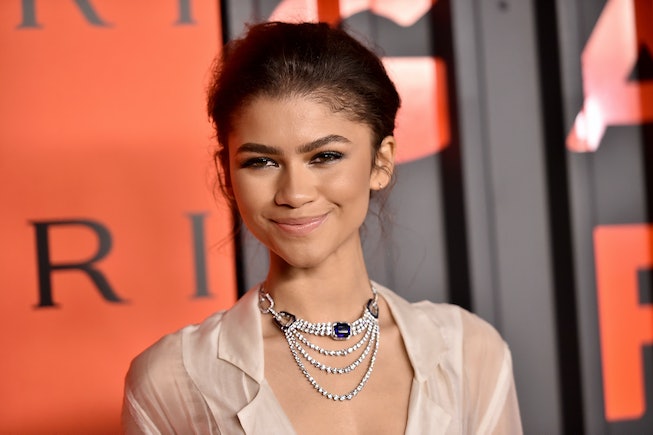 Zendaya is not letting the momentum of being the youngest Best Drama Actress Emmy winner of all time and selling her quarantine film Malcom & Marie to to Netflix for $30 million slow her down for even a second. She already has a new project in the works, and is confirmed to star in a biopic of Ronnie Spector, the frontwoman of the iconic 1960s girl group The Ronettes.

The A24-produced biopic promises to focus on Spector’s early career, giving audiences the chance to see the genesis of The Ronettes group, their subsequent signing to Phil Spector’s Philles Records, their mega-hit “Be My Baby,” and more pivotal moments. Spector eventually married the record producer, and the film will also get into their divorce and Spector’s eventual fight to regain the rights to her music.

A biopic is an exciting milestone for any actress as it is, and even more so in Zendaya's case — Spector personally handpicked her to portray her life for the screen. Spector and Zendaya are both executive producing the film, and production is eyeing Pulitzer-winner Jackie Sibblies Drury to write the script that will pull from Spector’s life rights as well as to her autobiography, Be My Baby.