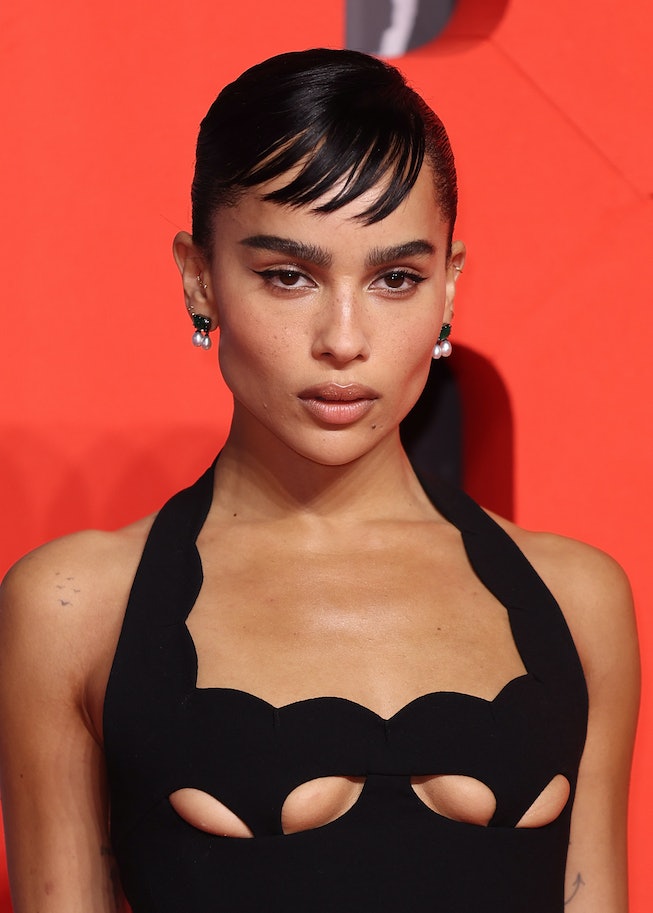 With just three days until The Batman is released in theaters, the film's stars Zoe Kravitz (Catwoman/Selina Kyle) and Robert Pattinson (Batman/Bruce Wayne) are wrapping up a press tour to promote the film.

Recently, Kravitz spoke with the Australian entertainment magazine Pedestrian, and revealed that she envisioned her character as queer. According to the actress, it seemed like Catwoman was romantically linked to her friend Anika, though it’s never explicitly stated.

The two women don’t share any steamy-scenes in the Warner Brothers production, but there is a brief moment that leaves the nature of their friendship up for speculation. During one scene in The Batman, Catwoman walks into her apartment and calls out for Anika, referring to her as “baby.” It could mean nothing, but it could also definitely mean something, right?

A reporter from Pedestrian asked Kravitz to share her thoughts on the matter. “That’s definitely the way I interpreted that, that they had some kind of romantic relationship,” she said.

Historically, some of the original comics depict Catwoman as bisexual. The film adaptations — respectively starring Halle Berry, Ertha Kitt, Michelle Pifer, and Anne Hathaway — however, have never portrayed her as queer.

Matt Reeves, who directed The Batman, also provided his perspective on Catwoman’s sexuality in The Batman. “[The film is} very true to the character of Selina Kyle. She’s not yet Catwoman, but all the elements of how she’s going to become Catwoman are there,” he said. “And in terms of her relationship with Anika, I spoke to Zoë very early on and one of the things she said which I loved was that: She’s drawn to strays because she was a stray and so she really wants to care for these strays because she doesn’t want to be that way anymore. And Anika is like a stray, and she loves her. She actually represents this connection that she has to her mother who she lost, who was a stray anymore.”

“So I don’t think we meant to go directly in that way,” he continued, “but you can interpret it that way for sure.” “She has an intimacy with that character and it’s a tremendous and deep caring for that character, more so than a sexual thing, but there was meant to be quite an intimate relationship between them.”

The Batman premieres on March 4th. In the meantime, check out the film’s trailer, below: