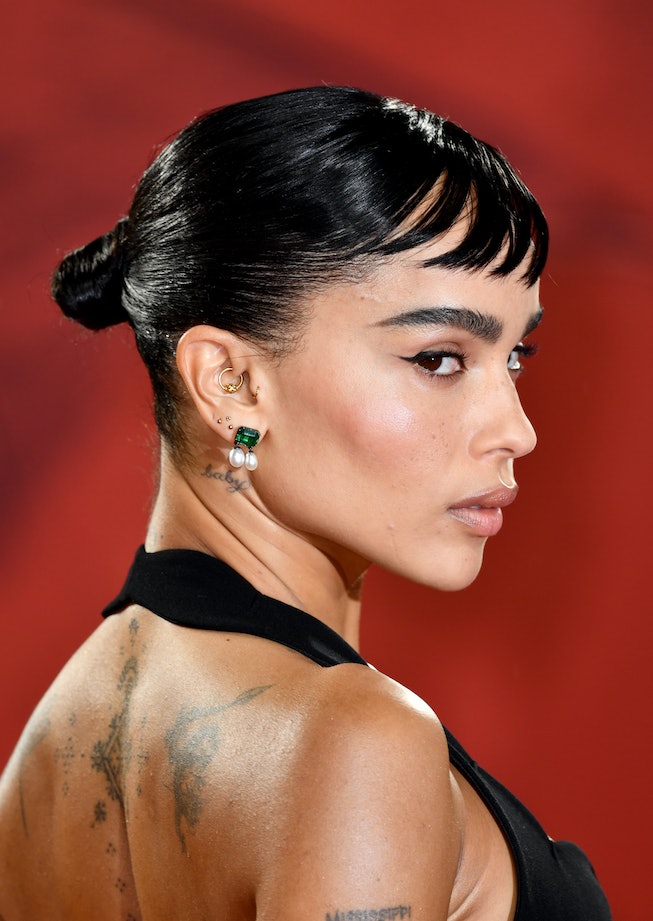 And just like that, The Batman arriving in theaters is already right around the corner, and with every new film comes the highly-anticipated press tour — and all eyes are on Zoë Kravitz, who is taking on the role of Selina Kyle, better known as Catwoman, alongside Robert Pattinson in the Matt Reeves-directed movie. We’re not only excited to see our favorite stars make their worldwide trip to promote their new work, but we’re most looking forward to seeing what Kravitz rocking on the red carpet.

With the official press tour kicking off on Monday, Feb. 22, the actress has already made her trek to Europe and it seems that we’re getting all-black, yet super chic, looks. So far, she’s been captured in long dresses and The Matrix-inspired coats (mostly from Saint Laurent, as the French fashion house’s longtime brand ambassador). Perhaps, we’ll soon get to see the star in at least one designer catsuit in the coming days? We know Anthony Vaccarello is an expert at designing one.

While we count down for the film to hit the big screen on Friday, March 4, see all of Zoë Kravitz’s red carpet looks from The Batman press tour, with more to come, ahead.

NEXT UP
Culture
The Cutest Couples At The 2023 Grammys
Fashion
Olivia Rodrigo Wore a Sheer Slip Dress To The 2023 Grammys
fashion
All Of The Sexy, Sparkly Outfits From The 2023 Grammys Afterparty
Beauty
Charli D’Amelio and Landon Barker Wore His & Hers Goth Manis To The Grammys
Style + Culture, delivered straight to your inbox.

This article was originally published on Feb. 23, 2022