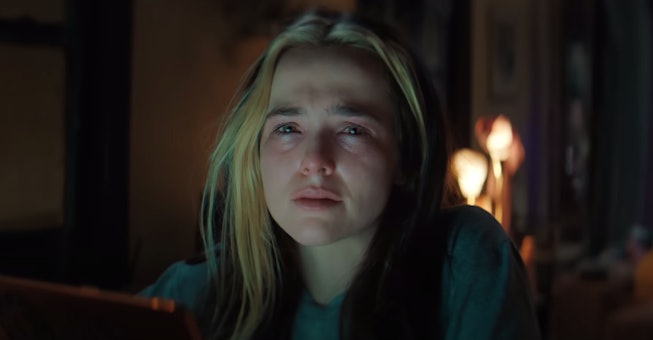 Said “unlikeable female protagonist” is Danni Sanders, “an aimless aspiring writer with no friends, no romantic prospects and — worst of all — no followers,” according to a plot synopsis. But like all aimless aspiring writers, Danni Sanders is tired of missing the spotlight she just knows she deserves, and now, she’s taking matters into her own hands — by “faking an Instagram-friendly trip to Paris in the hopes of boosting her social media clout.”

Unfortunately, things don’t exactly go according to plan. “When a terrifying incident strikes the City of Lights, Danni unwittingly falls into a lie bigger than she ever imagined. She ‘returns’ a hero, even striking up an unlikely friendships with Rowan, a real trauma survivor dedicated to societal change, and scooping up the man of her dreams in Colin. As an influencer and advocate, Danni finally has the life and audience she always wanted. But it’s only a matter of time before the facade cracks, and she learns the hard way that the internet loves a takedown.”

Written and directed by Blame’s Quinn Shephard, Not Okay stars The Politician’s Zoey Deutch as Danni, Don’t Make Me Go’s Mia Isaac as Rowan, and Teen Wolf heartthrob Dylan O’Brien as Colin. The rest of the cast is rounded out by Matilda’s Embeth Davidtz as Judith, The Sinner’s Nadia Alexander as Harper, Steps’ Tia Dionne Hodge as Linda, High Maintenance’s Negin Farsad as Susan, 7 Days’ Karan Soni as Kevin, Girls5Eva’s Dash Perry as Larson, Happy Death Day 2 U’s Sarah Yarkin as Julie, and The Man in the High Castle’s Brennan Brown as Harold.

The Searchlight Pictures release premieres July 29 on Hulu, and if today’s trailer is anything to go by, Not Okay is sure to itch all our socially-minded cringe comedy needs. “Have you ever wanted to be noticed so badly you didn’t even care what it was for?” Danni asks, in voiceover, in the clip’s first few seconds. “My name is Danni Sanders, and on April 10th, I almost died.”

Suddenly, we’re plunged into the aftermath of our Unlikeable Female Protagonist’s Big Scandal, when the entire internet has seemingly turned against her. “Danni Sanders might actually be the worst person we’ve ever covered on this show,” says one YouTube podcaster, as a magazine cover bearing Danni’s face over the headline “All-American Liar” zooms up on a computer screen. Some people are scared to bleach their hair a certain way (so as not to be confused with the disgraced influencer), while others spend their day calling her a “fucking awful” “dumbass” “sociopathic” “fraud” on Twitter. And of course, as is the case with any great internet scandal, there are a sea of memes making fun of her that are being shared literally everywhere.

Still, the best reaction to the entire situation is definitely by Karan Soni’s Kevin. When a coworker comments on how “fucked-up” this entire scenario is, he responds with a simple, but highly effective response. “White women,” he sighs, his head shaking in clear disapproval.

Watch the teaser below and “get famous or lie trying” when Not Okay premieres July 29 on Hulu.