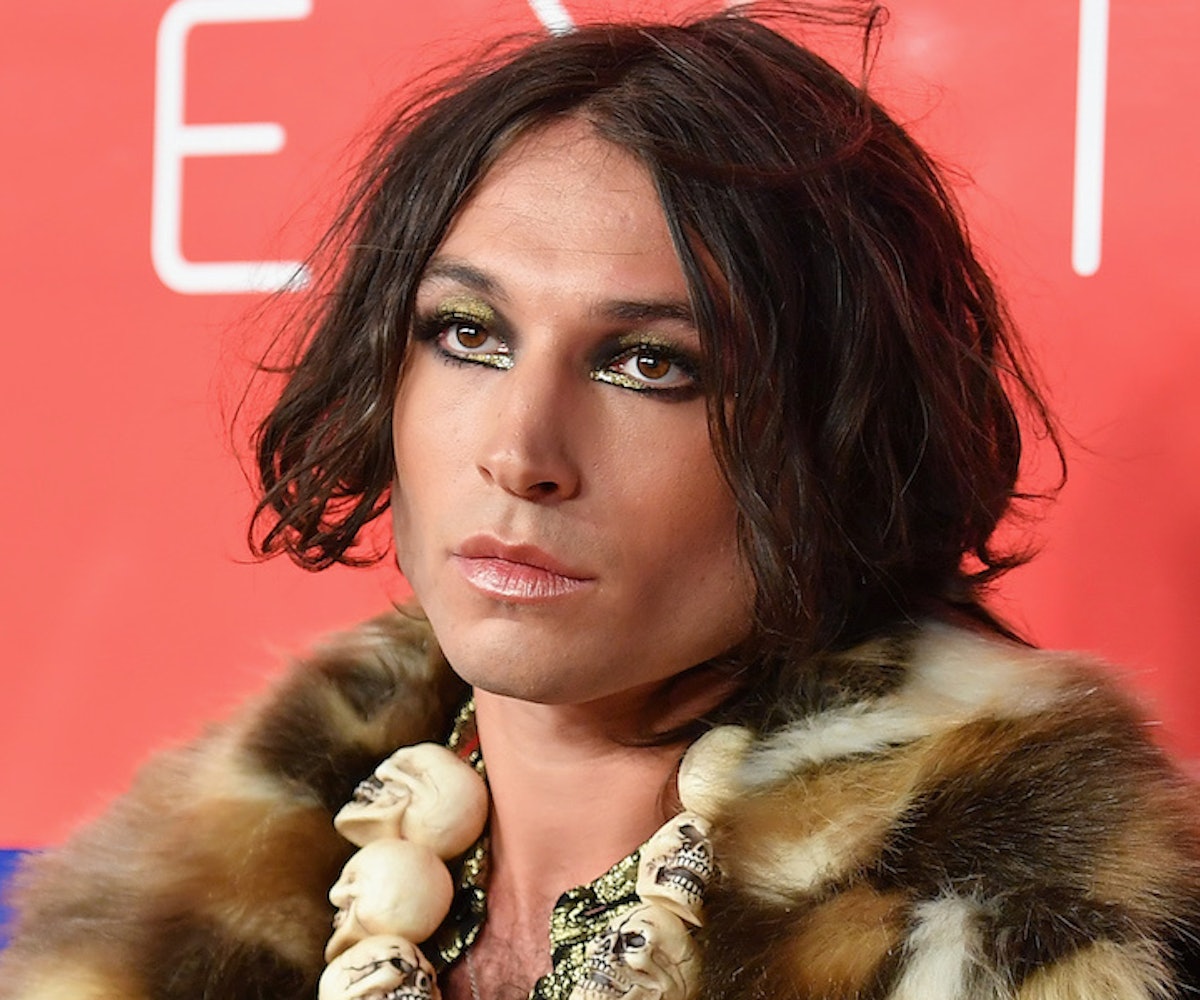 There was a time, not too long ago, when Ezra Miller was positioned as the celebrity savior we needed to combat toxic masculinity. A self-admitted pansexual, polyamorous, gender-bender, Miller was a diamond in the rough of Hollywood's typical hyper-masculine ideal — using magazine spreads to pose in clothes that defied gender norms while openly discussing topics like queerphobia and unabashed vulnerability. In many ways, Miller was the anti-Hollywood leading man, and people loved them for it. But after a video recently surfaced online reportedly showing the 27-year-old actor attempting to choke an unidentified woman in the street, it's now apparent that we should never put too much faith in idols.

In the seven-second clip, Miller — dressed in a pair of jeans, a red coat, and black flip-flops — seems flustered as they irritatedly ask a woman, "Did you want to fight? Is that what you wanna do?" Seconds later, they're charging towards her, grabbing hold of her neck, and pushing her backwards into a metal trashbin. As the woman, who initially seems to think it's a joke, struggles to free herself from Miller's grasp, the actor then yanks her down towards the ground, still yelling, "You wanna fight?" Shortly after, the man filming the altercation tries to calm things down, saying "Woah, bro. Bro! Bro," and the video quickly cuts out.

The video, which was recorded several days ago, on April 1st, has since been traced back to Prikið Kaffihús, a trendy bar in Reykjavik, Iceland that Miller frequents whenever they are in town. The actions seem so preposterously out of character for the usually subdued and fun-loving Miller that many rushed to assume the entire situation had been staged. But after getting in touch with a source from the establishment, Variety confirms that the incident was indeed not a joke at all. Rather, it was described by personnel as a "serious altercation" that ended with Miller being escorted off the premises.

According to the source, the incident occurred when a group of "quite pushy" fans approached Miller at the bar. As of now, there is no official report on what the fans wanted from Miller, but judging from their response, it can be presumed that the Fantastic Beasts actor did not wish to indulge whatever it was. According to the report, the situation between Miller and the fans quickly escalated, eventually leading to the filmed incident with Miller attacking the unidentified woman.

Watch the filmed footage of the incident below, but be warned — the content is graphic.