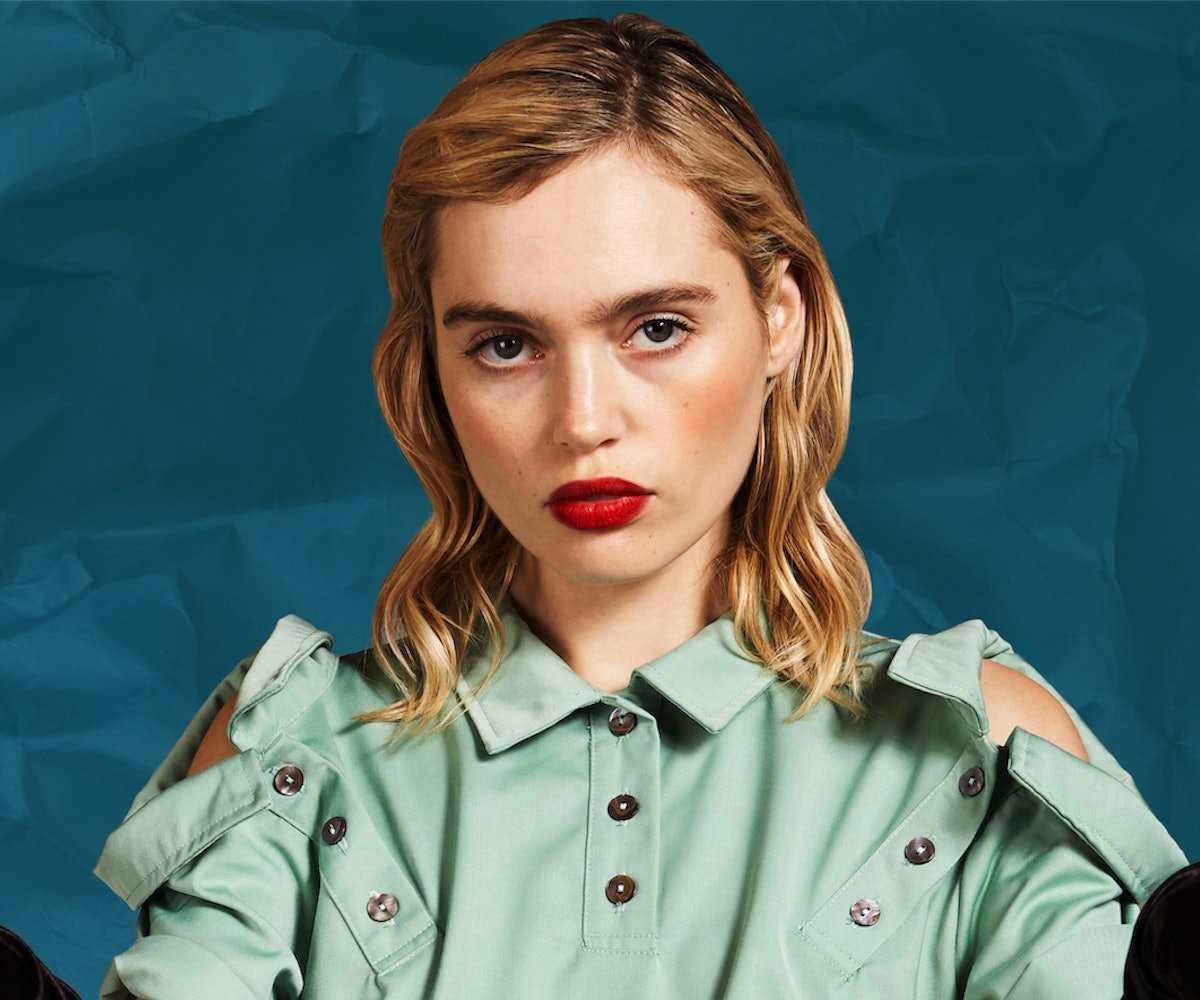 "So much of my brand is just a stupid joke that I just kept taking it farther and farther because it makes me laugh," Fashion Brand Company's creator Penelope Gazin told me on the phone, in response to a question about why she sells lizard clothing in her human clothing brand. Indeed, if it is all a joke, it's a very funny and beautiful one: Gazin's clothes subvert the idea that clothes have to take themselves seriously, but she still keeps them wearable—even if it sometimes feels like the equivalent of wearing an internet meme.

Though she's working in fashion now, Gazin is primarily an artist: She went to school for animation, and she also works as a fine artist (that's why her clothes' prints are so good). Her foray into the fashion world was an attempt to offer an affordable, wearable version of her own work, for women, she said, who aren't "crazy rich." At first, she started by selling lapel pins, which she sold on Etsy, but eventually, she diversified her wares, and Fashion Brand Company as we know it was born, featuring the kind of wearable art that doesn't take itself too seriously. "I love to make everything stupid and funny and enjoyable for me," Gazin said. "I'll literally be sitting in my chair sketching, and I'll be chuckling to myself, like, This is so stupid, I can't actually make it." But then she does, and obviously, it works.

For instance, Fashion Brand Company sells a knit shirt covered with nipples and an "Octopus Mini Dress" that features eight sleeves instead of just two. There's also a jumpsuit with huge sleeves, which, when opened, makes the wearer resemble a moth. One of her bestsellers is a polo shirt with not one collar, but three, which is very Cerberus chic. They're all a little outrageous, and definitely more than a little funny, but not in a way that makes them unapproachable or impossible to wear. "Whenever I go really avant-garde [with my designs], I still try to imagine myself grocery shopping in it," she told me.

Gazin is also unique in that she, by her own admission, has "zero fashion training of any kind," and doesn't keep up with newer designers at all, unless she's Googling to make sure that no one else has already come up with a wacky idea that's just come into her head. That bubble that she's put herself in actually comes to good use, because it frees her from any sort of desire to keep up with trends, making her clothes exist on a plane all their own.

At the same time, unique as they are, the humor in Gazin's clothes is more quiet and subversive than you might think based on their descriptions. Like, you could look at the shirt with nipples dotted over it and just think that it was a cute pink and nude pattern. If you passed by someone wearing the three-collared polo shirt and only got a quick glance in, you may just think it's a shirt with a shoulder cutout. "It kind of does feel like an inside joke between friends," Gazin said.

Her approach to incorporating sexuality into her pieces was done in a similar way. A mini skirt features the words "L'Origine Du Monde," with an arrow pointing upwards, which might not immediately be recognizable as a reference to a painting with the same name, although it's the kind of thing where, if you know, you know. There are shirts that read "mommy" and "daddy," which could be a cute way of speaking about your parents or a nod to what you call your partner in a sexual situation. And, a play on the Wrangler logo appears on a pair of jeans, with a pair of boobs instead of the usual "W" pattern.

All of these nods to sex and sexuality are done in a covert way, because, she said, the nod to sexuality is "definitely, very much for the person wearing it."

The draw of Fashion Brand Company is its absurdity and the nonchalance with which it asks you to make fun of yourself, or turn yourself into the joke. It's why comedians love her clothes, and why Gazin's releasing a collab with drag queen Trixie Mattel, who is a huge fan.

Who wouldn't want to be in on this joke?