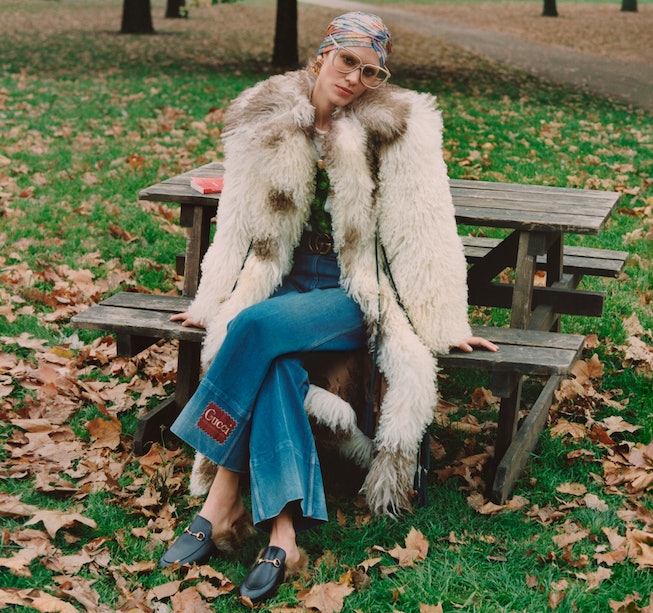 It's been a few years since Alexa Chung was the face of a major fashion campaign that didn't have to do with her own namesake brand or a highly anticipated collaboration. Now, Chung is going back to her modeling roots, as she stars in Gucci's new "Winter In The Park" digital campaign, which was revealed on Friday and also features The Crown and Pieces Of A Woman's Vanessa Kirby and singer-songwriter Celeste.

Creative Director Alessandro Michele was inspired by the cold and gray season in London and the calmness you can find in one of the busy city's green parks, which is where the campaign shoot by photographer Angelo Pennetta took place last December. Chung, Kirby, and Celeste model Gucci's Epilogue collection, along with the luxury brand's signature accessories, including the GG Marmont, Jackie 1961, Gucci Horsebit 1955, and Dionysus bags.

Gucci is revealing campaign videos on its Instagram account as well, kicking off with Kirby in Hyde Park as she recalls all of the picnics she's had in the park over the past year.

See more of Chung in Gucci's new campaign, along with Kirby and Celeste, below.