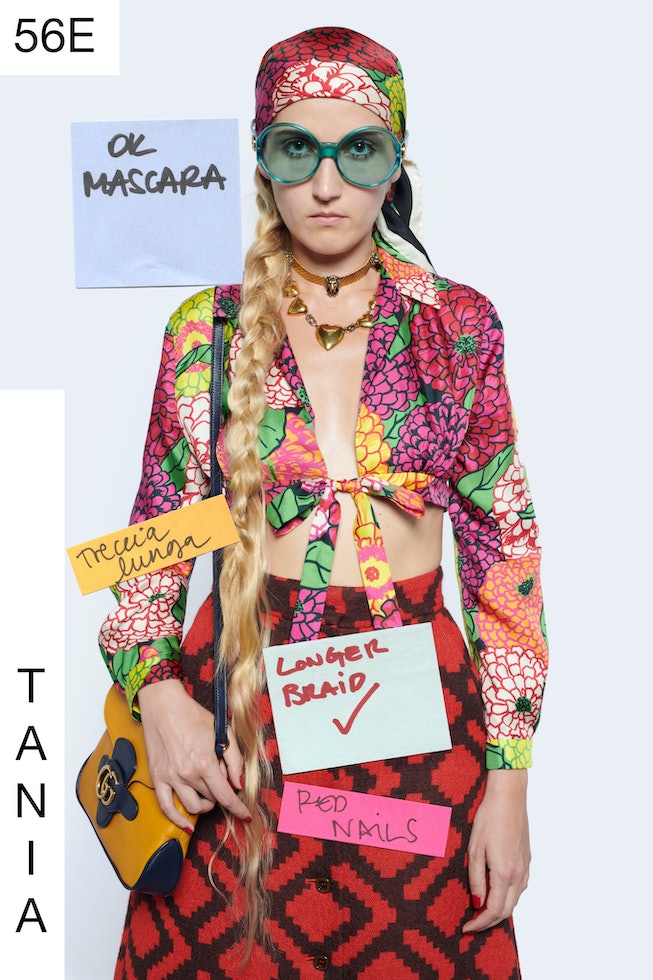 Gucci's Cruise 2021 show was originally scheduled to debut in May in San Francisco, but due to the global pandemic, the Italian luxury house canceled its plans for a runway show in a far-flung location. The decision made Creative Director Alessandro Michele rethink the entire traditional fashion calendar, and eventually, he announced that he would be downsizing the amount of regularly scheduled presentations and only show twice per year.

Ahead of the new change, Michele made sure to go out with a bang — one that lasted half a day. On Thursday night, Gucci kicked off a 12-hour livestream, called "Epilogue," showcasing the Cruise 2021 collection and a behind-the-scenes look at the campaign photo shoot from the Palazzo Sacchetti in Rome. Viewers witnessed everything from hair and makeup with the models to photographers setting up each shot.

For the collection's lookbook, Michele turned to his own team to model their designs, including Gucci's casting assistant, fabric researcher, designers of embroidery, beauty products, kids, ready-to-wear, and many more.

"The clothes will be worn by those who created them. The designers with whom, every day, I share the daze of creation, will become the performers of a new story," said Michele in an official statement. "They will seize the poetry they contributed to mould. They will stage what we passionately imagined. It's a process of role reversal, once more."

See the entire Gucci Cruise 2021 collection (and the people behind it), below.