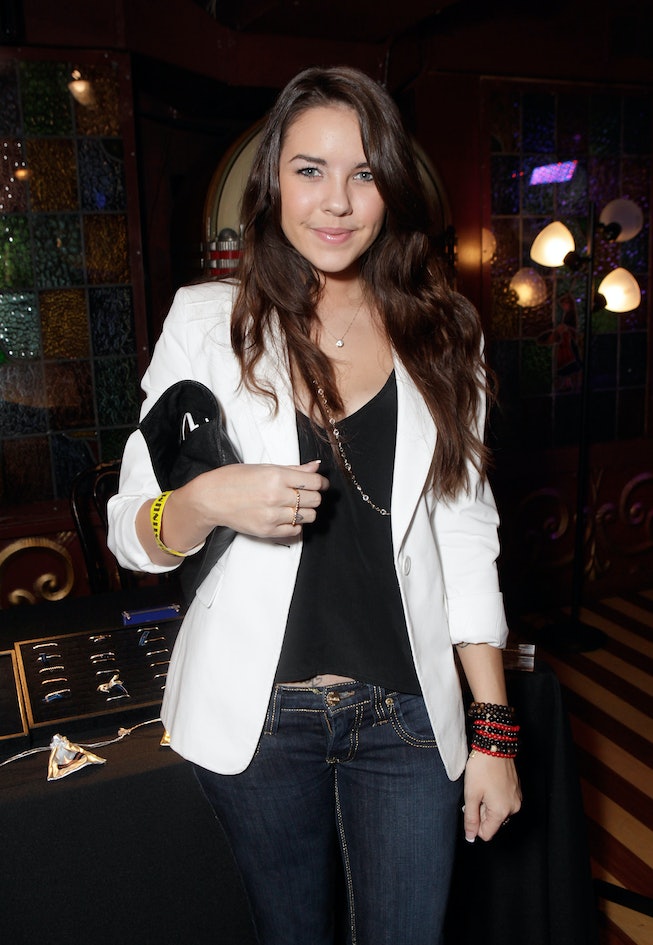 In case you were ever wondering what Alexis Neiers (now Haines) ended up doing with her four-inch Bebe kitten heels, you can rest easy tonight. The famous pair of shoes, which she originally purchased for only $29, according to a certain voicemail for Nancy Jo Sales, were eventually sold on Poshmark.

Haines revealed the update in an interview on Thursday with Ziwe Fumudoh, who hosts a weekly comedy show on Instagram Live. The former Pretty Wild reality star and inspiration for the film The Bling Ring was featured in a Vanity Fair article written by Sales in 2010, which falsely claimed that she wore six-inch Christian Louboutin heels to court for burglary charges of multiple celebrity homes, including Orlando Bloom, Paris Hilton, Rachel Bilson, and Lindsay Lohan.

Since the article was published while filming Pretty Wild, Haines was documented leaving Sales with multiple voicemails (around 30 total, she told Fumudoh) to try to clarify the very important footwear-of-choice detail, and the show's clip has become pop culture gold for 10 years running now.

It also turns out that Haines has a steady side hustle with Poshmark. Currently, her online shop includes a few designer handbags for sale and, funnily enough, a pair of Louboutin heels.

You can watch Haines' full interview with Fumudoh on her Instagram account now (and relive the iconic clip below.)