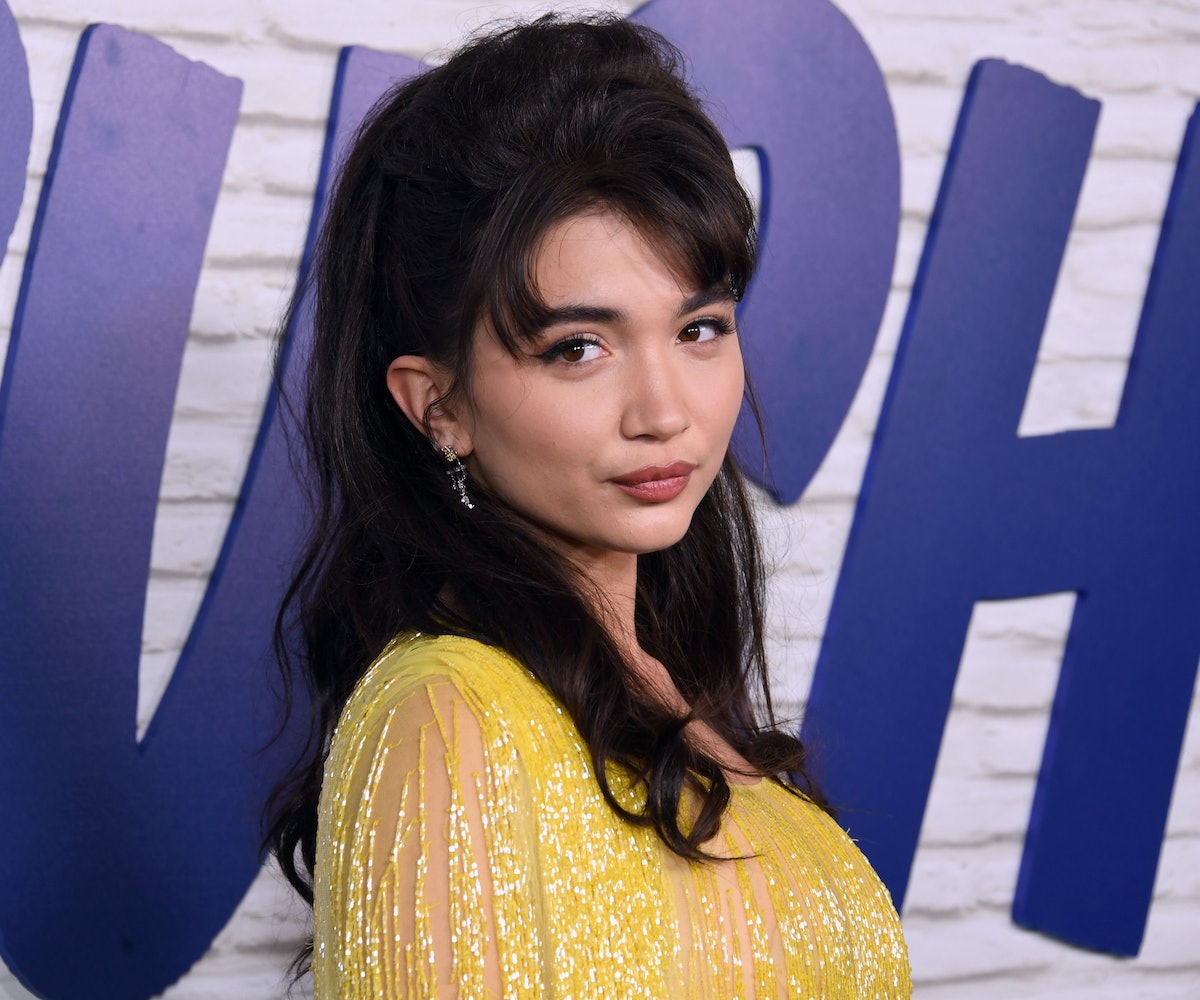 Fashion darling Rowan Blanchard has been slowly making her way back into the red carpet spotlight this year. On Wednesday, April 27, the 20-year-old actress celebrated the premiere of her new film Crush, a high school queer love story set to be released by Hulu, wearing one of her most exciting looks yet.

Blanchard teamed up with her longtime stylist Chris Horan to acquire a look that she already had in mind for the big event: a yellow dress with sequined fringe from Rodarte’s Spring 2022 collection. “We pulled some backup options, but when she put it on it was perfect. Rodarte has always supported us and it was nice to have another special moment for her premiere,” Horan tells NYLON. “The most fun thing about Rowan’s style is that she is a chameleon. She loves to try new things and is always down to play.”

With her party-ready dress, Blanchard’s beauty look could have channeled any era — ‘70s disco, high-octane ‘80s, or even a more low-key approach to really let her outfit shine. Instead, her glam team took inspiration from the swinging ‘60s. “Her makeup was a modern update on a classic ‘60s girl group look with a sharp winged liner, sculpted cheekbones, and a neutral lip. Think The Ronettes, The Cake, or The Shangri-Las,” says makeup artist Sandy Ganzer, who used Benefit’s Roller Liner, as well as “Drawn In” bronzer and “Rosette” lipstick from Ilia.

Hairstylist Laurie Heaps turned to actress Raquel Welch’s mod hair in the 1967 film Valley of the Dolls for inspiration, creating a voluminous and heightened half-up and half-down look using a mix of Redken products with a Dyson hair dryer, an Eleven Australia round brush, and a T3 curling iron. Lately, Blanchard has been wearing bangs as her signature, and Heaps styles them by blow-drying forward and away from the face with some Bumble and Bumble mousse and the same Eleven Australia round brush. “It heats up and smooths the hair,” says Heaps. “I don’t know how I lived without it. I use it on everyone.”

With a flight delay getting to L.A., Blanchard’s time to get ready for the premiere was tight. Luckily, her team pulled it together, along with a few very collaborative workarounds. “I panicked about her underwear reading too light on the carpet,” recalls Horan, as the Rodarte dress was just a tiny bit sheer. “I asked her makeup artist for bronzer and I started painting them like a crazy person. But it worked!”

Rowan Blanchard’s Crush will be available to watch on Hulu on Friday, April 29.

NEXT UP
Culture
Caroline Polachek In KNWLS & More Party Photos You Missed
Fashion
The Best Celebrity Fit Pics From Paris Men’s Fashion Week
Culture
On The List (With Melissa Rich): How To Throw The Ultimate Apartment Party
Fashion
Apple Martin Is A Chanel Girl Now
Style + Culture, delivered straight to your inbox.