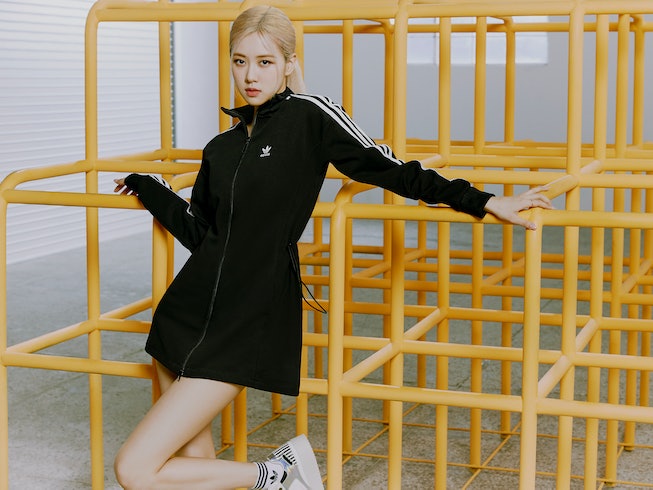 The women of Blackpink are back in their Adidas for a new campaign. Jennie, Rosé, Lisa, and Jisoo front the "Watch Us Move" campaign, sporting the brand's new "Raise Your Voice" collection, which officially launched on Thursday.

This is the group's second Adidas campaign. In January 2020, they starred alongside Yara Shahidi, Ninja, Pharrell Williams, and more in the brand's "Change Is a Team Sport" campaign.

Blackpink's Lisa has already been busy carving out her own space in the fashion industry. Last month, she joined the judges panel for the 2021 ANDAM Awards, following her new role as a global ambassador for Celine, the first under designer Hedi Slimane's leadership.

"To me, Celine is unrivaled, and Hedi Slimane has such a multifaceted talent — from clothing design to photography," Lisa said in response to her new fashion gig. "He creates this rare, incredible, and desirable world through his vision. I'm always inspired by his work. It’s truly an honor and pleasure to be able to work with Hedi as Celine's first ambassador."

For Adidas, though, the whole band is back together. Check out photos of their new campaign, below, and shop Adidas' new "RYV" collection online now.