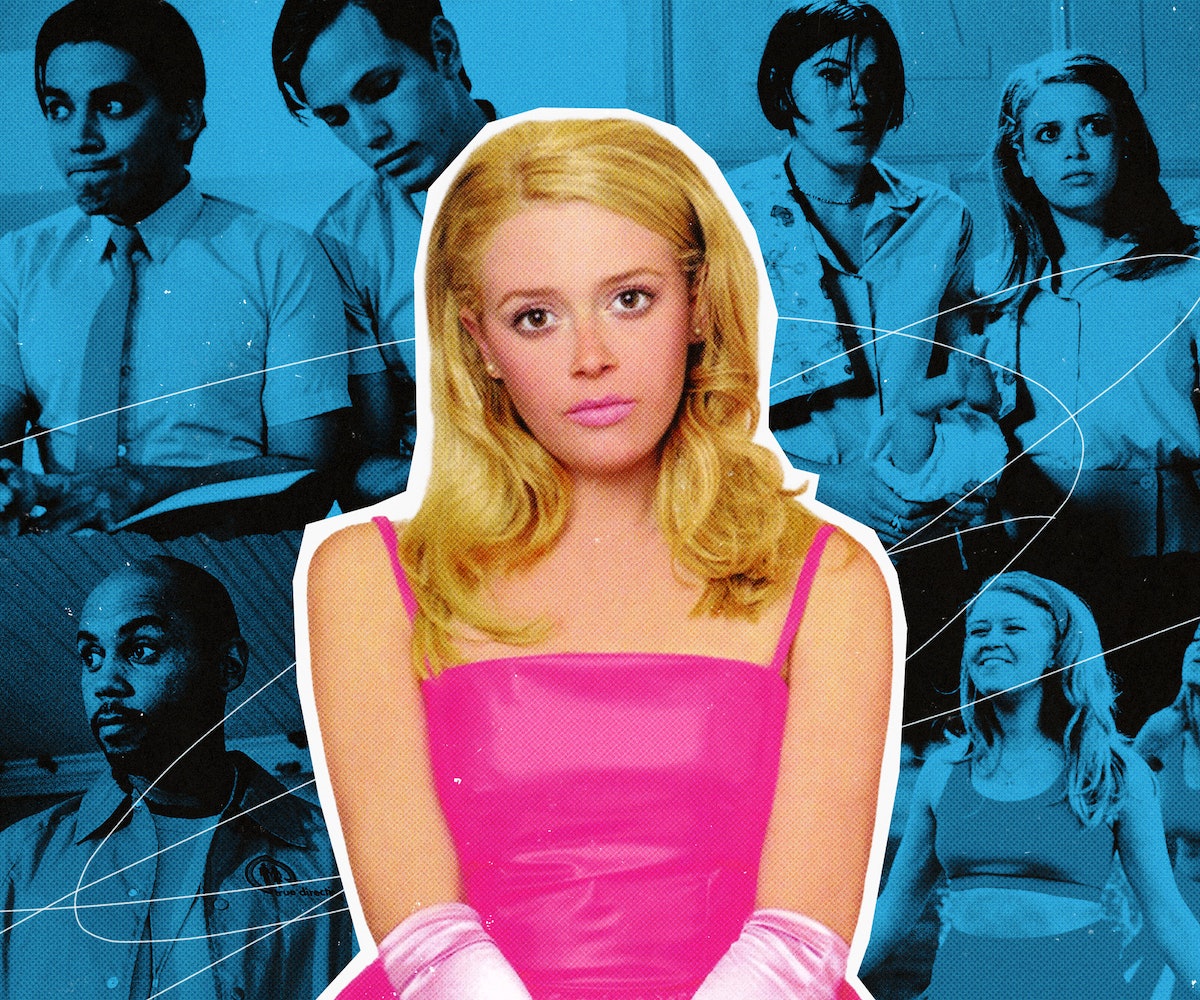 Jamie Babbit’s But I’m a Cheerleader stars Natasha Lyonne as Megan, a lesbian teen sent to a conversion therapy camp where she falls in with a quirky cast of characters and finds love with a cool, tough girl. The 1999 comedy is a delightfully subversive sendup of homophobia and ridiculously rigid gender roles that still feels all too relevant more than 20 years after its release. Rather than depict the depressing world of conversion therapy in drab colors, Babbit takes the novel approach of making the camp positively lurid, with every inch of the screen covered in candy-colored pastels that intentionally give the setting a healthy dose of absurdity. The film’s sly humor, charismatic stars, and gloriously kitschy costuming have made it a queer cult classic.

The film opens with shots of cheerleaders jumping energetically in front of a bright blue sky while clad in white-and-orange sports bras and pleated skirts. These images, which could be objectifying in other contexts, are meant to convey Megan’s queer longing. She may wear the cheerleader uniform herself, but to see the rest of the team effortlessly moving around in the same outfit as her makes everything seem more exciting.

The cheerleader isn’t presented here as a fetish for leering men, but rather as a potent symbol of being so close yet so far when it comes to one’s object of affection. It’s no surprise, then, when Megan brings her pom-poms with her to True Directions, the sinister conversion camp run by Mary Brown (played by Cathy Moriarity) where the bulk of But I’m a Cheerleader takes place.

Before arriving at True Directions, Megan wears earth-toned dresses with retro tailoring. Once at the camp, she and her peers are forced to wear clothes that are designed to obviously enforce gendered expectations — the boys are given a wardrobe of blue outfits, while the girls wear pink. Every element of True Directions is a perverse visual joke. Decked out in a style that brings to mind a Barbie Dreamhouse art directed by John Waters, True Directions humorously proves the inherent idiocy of conversion therapy by depicting it as a world of gay over-the-topness. (One of the workers there, an “ex-gay” named Mike, is played by RuPaul in a rare out-of-drag appearance, in case the irony wasn’t already obvious enough.)

The colors of True Directions are so sweet they’re almost sickening, and the oppressive yet campy aesthetics provide the backdrop to Megan’s rebellion. She soon catches the eye of Graham (Clea DuVall), and the relationship between the two girls blooms as they wear pink button-downs and matching cardigans. At camp, they’re forced to perform clichés of feminine labor by scrubbing floors and changing baby dolls together.

Graham has a devil-may-care vibe that no amount of heteronormative costuming can contain. The more Megan and Graham fall for one another, the more ridiculous the clothes start to look. There are empire waist pink nightgowns that wouldn’t look out of place in the boudoir of a suburban ‘60s housewife and shiny fuchsia dresses that recall an awkward prom. Meanwhile, the guys wear schoolboy-style short-sleeve blue button-downs with blue ties, and switch to blue mesh tops for athletics. By the end of the film, the fundamental failure of the conversion camp becomes even more explicit, thanks to their increasingly desperate attempts at costuming the characters for straightness.

It turns out latex tuxedos and faux nude bodysuits complete with fig-leave embellishments do absolutely nothing to convert gay teens to straight ones, and actually just might make them even gayer. Unlike many queer films, But I’m a Cheerleader has a happy ending. Megan ultimately escapes from True Directions and comes back to save Graham, while donning her cheerleader uniform from the beginning of the film and performing a sweet cheer to express her love. Then they run off together, and at long last they’ll be able to wear whatever they want, no pink necessary.