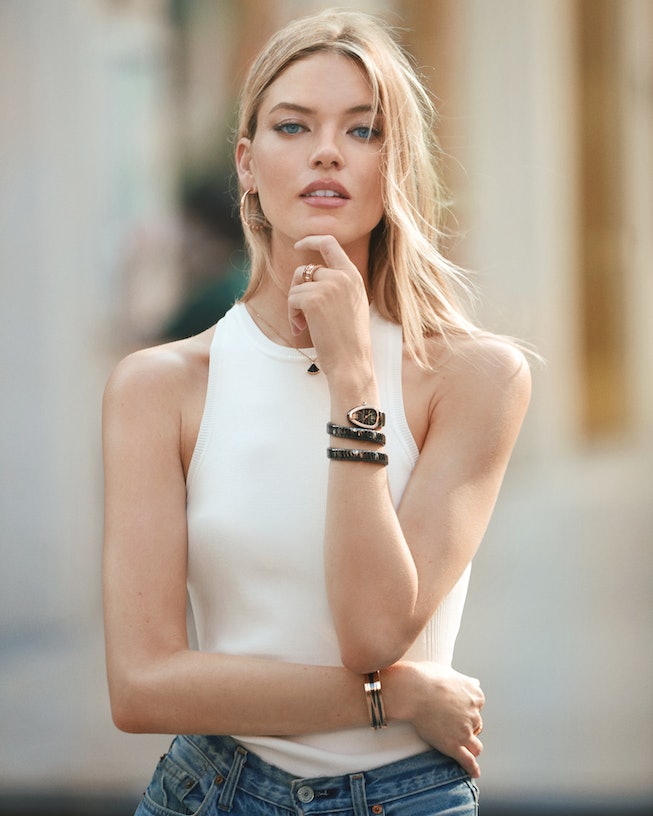 Martha Hunt has joined the Bvlgari family as its newest ambassador for the U.S. The 31-year-old model wore the Italian luxury brand's B.zero1 jewelry collection for her debut campaign, which was shot in New York City's SoHo neighborhood. It also happened to be her first photoshoot since the start of the pandemic.

"That was a day I'll never forget because it was my first time shooting post-quarantine," she told People. "I was thrilled for many reasons, mostly to be working with Bvlgari. It was something that we discussed before the shutdown. I didn't know if it would actually end up happening."

"I have always seen Bvlgari as the epitome of sophisticated design and Italian heritage. Jewelry is a reminder of what remains timeless," Hunt said in an official statement. "And I couldn't be more thrilled to represent an iconic brand such as Bvlgari."

Check out more of Hunt's first campaign for Bvlgari, below.

NEXT UP
Fashion
There’s So Much Green Happening At Paris Fashion Week
Fashion
Balenciaga Will Reward You For Selling Your Vintage Bags Back
Fashion
You Can Now Wear A Keith Haring Piece On Your Wrist, Thanks To Pandora
Fashion
How to Shop Telfar's Rainbow Shopping Bag Drop Before It’s Gone