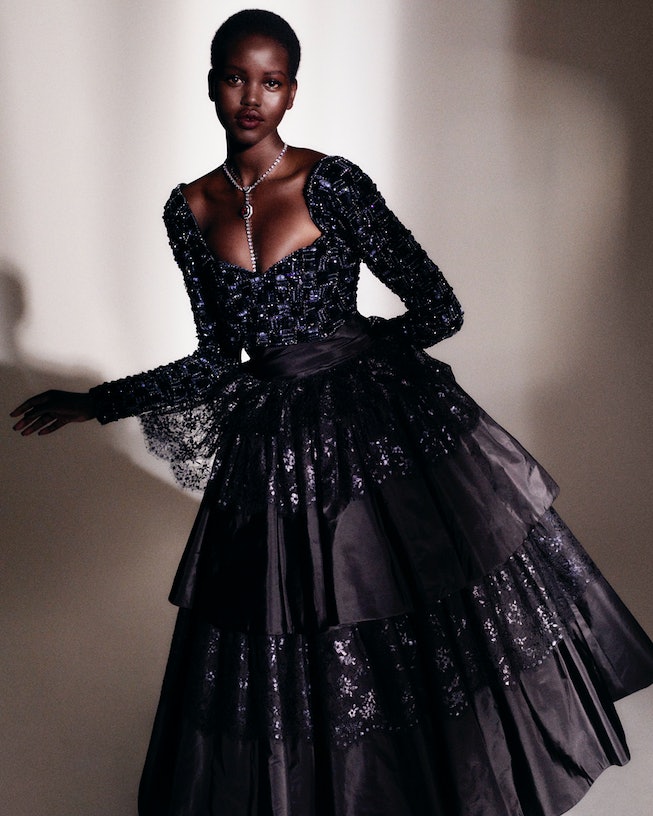 Dior may have kicked this season's (digital) couture week off with a surrealist bang, but Chanel is keeping things simple. The French fashion house's Couture Fall 2020 collection was released with a straightforward lookbook and short fashion film on Tuesday, keeping the focus all on its punk-inspired designs.

"I was thinking about a punk princess coming out of Le Palace at dawn. With a taffeta dress, big hair, feathers and lots of jewelry," designer Virginie Viard said in an official statement. "This collection is more inspired by Karl Lagerfeld than Gabrielle Chanel. Karl would go to Le Palace, he would accompany these very sophisticated and very dressed up women, who were very eccentric too."

The collection is still very Chanel, though, full of tweed skirt suits and A-line dresses, but considerably darker from Viard's debut couture collection last July. It's also a significantly smaller collection, due to the pandemic, with only 30 looks as compared to last year's total of 70.

"I like working like this, going in the opposite direction of what I did last time," said Viard of the change. "I wanted complexity, sophistication."

Check out some of our favorite Chanel couture looks and an accompanying video, below.