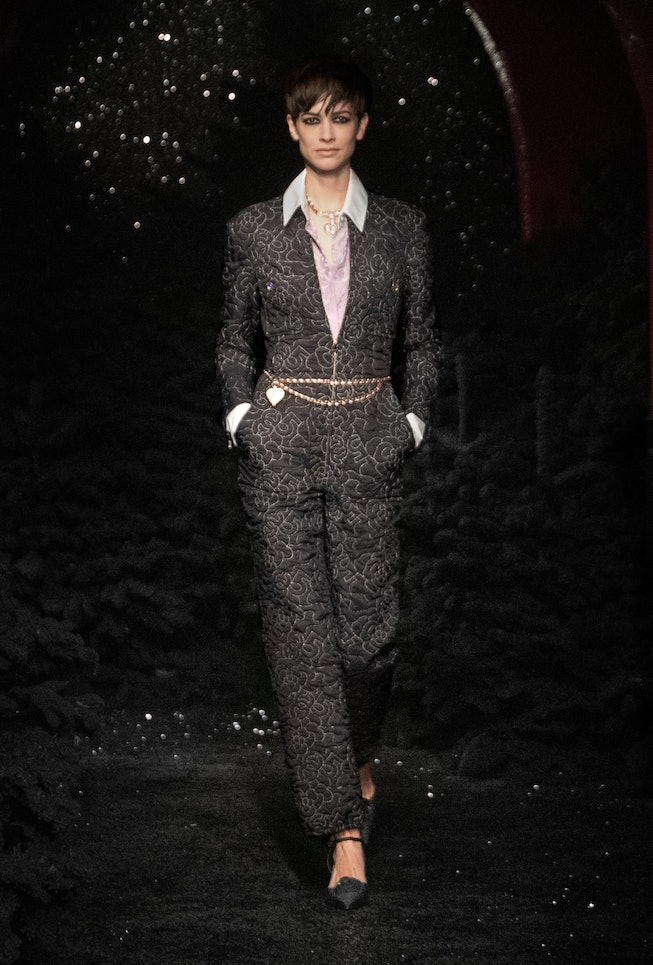 Chanel had a change of scenery this season for Paris Fashion Week, hosting its Fall 2021 runway show on Tuesday not at the usual Grand Palais, but at the more intimate Chez Castel in Paris.

“I wanted to show in a small place, a club. I don’t like big rave venues; I prefer that kind of place that is more intimate,” designer Virginie Viard told Vogue. “Karl was always telling me about the shows he staged in the ‘70s with the girls getting dressed on their own in a restaurant in Paris.”

Viard took inspiration from late model Stella Tennant for the new collection. Tennant, who died by suicide last December, was a favorite of Karl Lagerfeld’s throughout the ‘90s and had an exclusive contract with the brand. Her death was a shock to many in the fashion industry, with everyone from fashion editors to luxury houses mourning her passing.

“Today some of these silhouettes make me think of Stella Tennant’s allure,” Viard said in an official statement. “The way she wore certain pieces, it was so Chanel.”

Watch the Chanel Fall 2021 runway show and check out some photos of the collection, below.