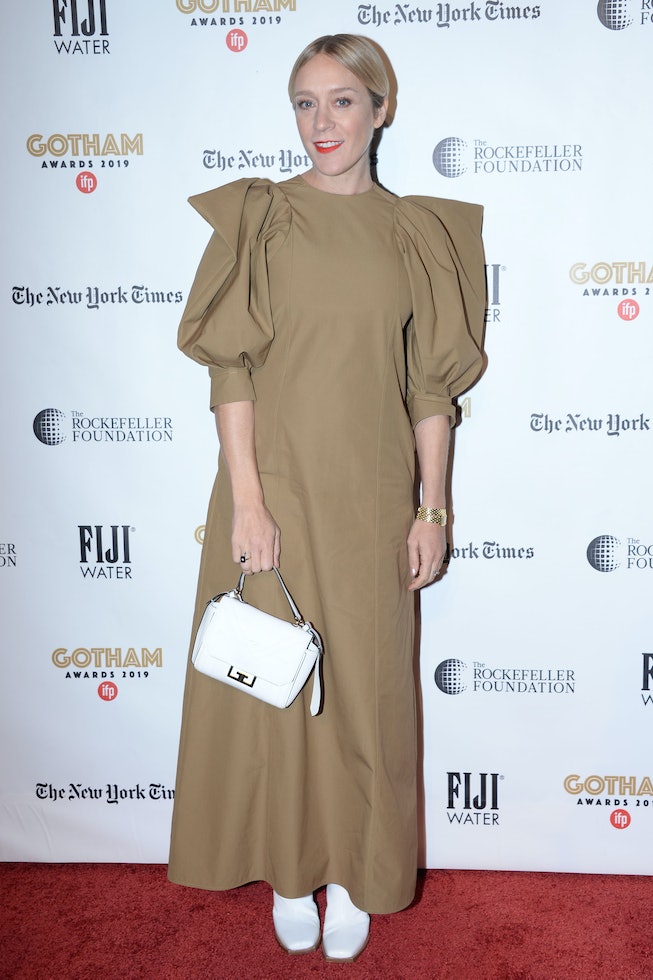 Like the rest of us right now, Chloë Sevigny is dealing with quarantine by FaceTimeing friends, wandering around the house pretending to be "fake busy," and struggling to put on real clothes. The actress and longtime muse recently spoke to The Cut about how she's dressing while pregnant during isolation, as well as her thoughts about the fashion industry's future.

"Of course, people are tactile and they want to see things and experience things. I'm going to sound like a total asshole, but going to a show and seeing the garments is very different from going on Vogue.com. I love the escapism of it all. I'm very sold on a story and a lifestyle. I can buy into that very easily, and I think a show is a big part of that," she said. "But I also think there's gotta be an alternative way. Scaling down is necessary and a very positive aspect of what's happening, in my mind. Maybe people will just reassess how they're living. Maybe less people need to go to the fashion shows? Maybe there don't need to be as many? I also just think there's too much product. There's too much turnover in terms of people wanting what's new all the time. I've been wearing vintage and consignment my whole life, and I'm so glad it's become more of a thing."

Sevigny has also had to deal with her ever-changing body in the confines of her home, relying on stretchy fabrics over flowy ones. She relies mostly on pieces from Norma Kamali and has even succumbed to the Birkenstocks trend.

"My boyfriend suggested that we have a dress-up day, but we never implemented it," she said. "Today, I put on mascara and he was like, 'Ooh, did you put on makeup?' But it's hard, between corona and my state, to be fashionable. That's kind of gone out the window. I keep reminding him, though. I'm like, 'People think I'm a really stylish woman!'

See Sevigny's cover and photo shoot (over Zoom!), below, and visit The Cut for more from her interview.