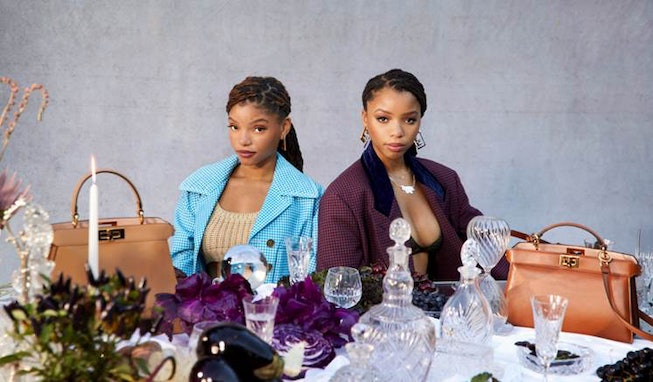 Chloe x Halle may be having the busiest quarantine. Not only have the duo been maintaining a steady schedule of virtual performances and music videos, but they're now the new faces of Fendi's Peekaboo bag.

The sisters had total creative control over the new campaign, assembling a team that included art director Andrew Makadsi and their go-to stylist Zerina Akers. In addition to having photos shot by Julian Dakdouk, the sisters also created a short video to their song "Busy Boy" with videographer Derek Milton. And, of course, their now-famous tennis court had to make a cameo, too.

"We have been more than happy to be part of this project. We have always been huge fans of Fendi and working side by side as sisters is truly a blessing," they said in an official statement.

Check out the photos and video from Chloe x Halle's new Fendi campaign, below.