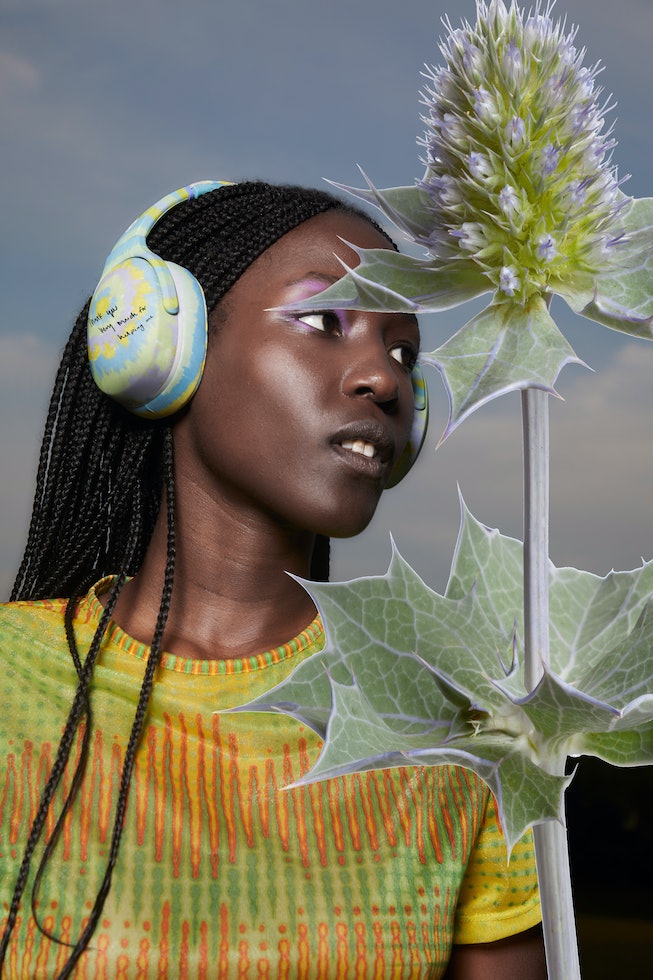 From smart watches to bluetooth headphones, major fashion designers and labels have been working with some of the biggest and most reliable names in the tech industry. Now, it's time to add label Collina Strada to the list with its first-ever tech collaboration with Skullcandy.

The new collection, which made its debut during the label's Fall 2020 runway show back in February at New York Fashion Week, includes two different audio items — the Crusher Evo Headphones and the Indy Evo True Wireless Earbuds — outfitted in a colorful blue-and-yellow tie-dye print.

Designer Hillary Taymour felt like the choice to work with Skullcandy was pretty easy. "As a personal advocate for environmentalism, counterculture, and self-expression, it only made sense to partner with Skullcandy," she said in an official statement. "Together with Skullcandy, I've been able to infuse the unique Collina look into a rather utilitarian piece for an energized take on an everyday device."

Skullcandy's launch with Collina Strada marks its first fashion collaboration, as well. Staying true to Taymour and her brand's advocacy for environmentalism, the tech brand also has a long-standing partnership with non-profit Protect Our Winters, which focuses its efforts against climate change.

The Collina Strada Crusher Evo headphones retail for $199.99 and the Indy Evo True Wireless earbuds go for $79.99. Both are exclusively available at skullcandy.com