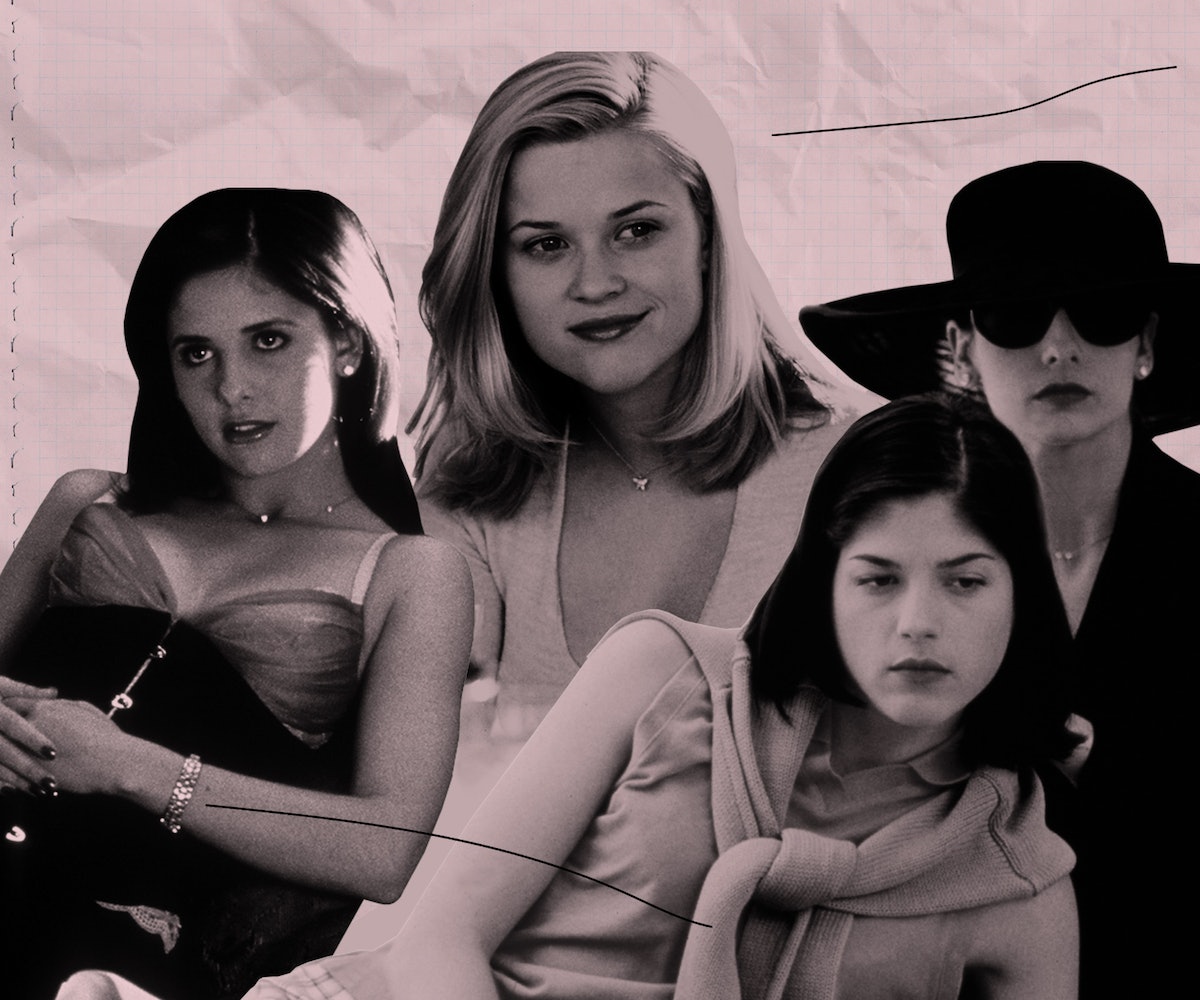 In the '90s, teen films often took surprising and delightful narrative inspiration from classic literature. Beloved films like Clueless (based on Jane Austen's Emma), She's All That (based on George Bernard Shaw’s Pygmalion), and 10 Things I Hate About You (based on William Shakespeare's The Taming of the Shrew) all took considerable liberties with their source materials, updating them with covetable wardrobes and vivacious young casts. The most risque of these adaptations was Cruel Intentions, the over-the-top, tongue-in-cheek 1999 update of Pierre Choderlos de Laclos' 1782 novel Dangerous Liaisons. The film stays closer to its literary inspiration than some others in the genre, keeping the protagonists' last names, Merteuil and Valmont, and playing up the themes of seduction, power, and betrayal that go back centuries. Dangerous Liaisons was also adapted into a film in 1988, starring Michelle Pfeiffer and Glenn Close, and the lush costumes won an Academy Award. The fashion in Cruel Intentions isn't nearly so elaborate, but the looks stand out for their combination of sexiness and dark humor.

As the devious, wealthy Kathryn Merteuil, Sarah Michelle Gellar (already a bona fide style icon from her contemporaneous role in Buffy the Vampire Slayer) dresses with an intentional femme fatale flair that the average high-schooler definitely could not get away with. In blazers and bustiers, she feels more like a caricature of a seductive businesswoman.

Kathryn’s structured, revealing tops are a clever homage to the fussy corsetry found in the film’s historical source material. Corsets are notoriously uncomfortable, and to wear one in the late ’90s was something of an anachronistic choice, a way of sartorially announcing one’s sexual power.

The role of Kathryn is a conscious rejection of Gellar’s typical screen image. She’s worlds away from the likable blond Valley Girl vibes of Buffy. In Cruel Intentions, she’s a stern brunette who revels in being bad. Her outfits are impractical — skirts are short, necklines are low — and not approved by any dress code. While her underwear-as-outerwear looks are something of an homage to the 18th century, there’s also a definite whiff of S&M. A leather miniskirt and sheer top might seem like too much, but, for her, it’s just her everyday style.

Kathryn’s signature accessory is her coke spoon crucifix necklace. The subversion of crucifixes is nothing new (here’s looking at you, ’80s Madonna), but making the crucifix into a literal drug receptacle wielded by a teenager brings the symbol to a new height of subversion.

The world of Cruel Intentions is built on good girl-bad girl dichotomies. At their fancy private school, Kathryn and her classmates wear prim uniforms with collared shirts under sweaters. Annette (Reese Witherspoon), the headmaster’s virginal daughter, wears her shirt all the way buttoned up. Kathryn, unsurprisingly, does not.

When we first see Cecile (Selma Blair), the awkward girl who becomes one of the pawns in Kathryn’s game, she’s wearing a T-shirt emblazoned with a cartoon koala. It couldn’t be further from Kathryn’s wardrobe. It’s unlikely that Kathryn owns any T-shirts at all.

The film’s iconic, MTV-movie-award-winning girl-girl kiss scene is such a pure illustration of the movie’s fashion philosophy that you almost have to laugh. Cecile is dressed for the country club, while Kathryn’s dressed like she’s on the way to the funeral of a former lover who died under mysterious circumstances.

Cecile wears pink and green. Her sweater is demurely draped around her neck, and her sneakers are spotlessly white. Kathryn is all in black, with a dramatic accessory game — oversized sunglasses and an oversized hat — to top it off. The outfit gives her an incognito, film noir look. She’s actively tempting Cecile to the dark side in an outfit more dramatic than anything Cecile would choose to wear. Kathryn’s wardrobe is a visual manifestation of her villainous, manipulative impulses, but it’s easy to see why people fall under her spell.