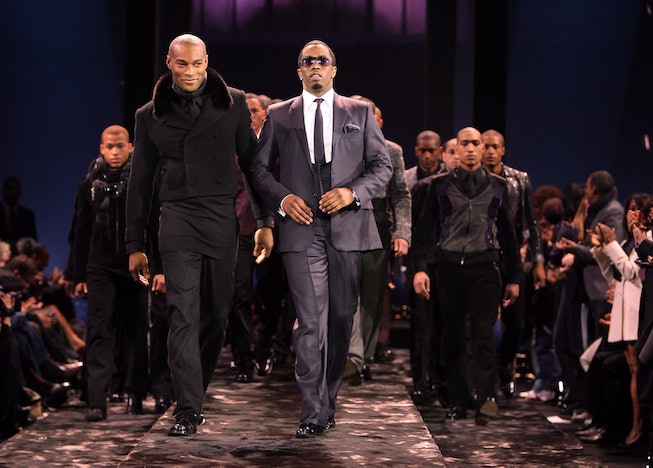 Following a slew of rumors online, Sean Combs, also known as Diddy, is set to take back the reigns of his streetwear label Sean John after selling a majority of the brand in 2016.

In an exclusive report by WWD, the rapper and music mogul bought back his clothing line on Monday, Dec. 20, from Global Brands Group, a Hong Kong-based company that owned 90 percent of Sean John, out of bankruptcy. After filing for Chapter 11 to sell its assets, Combs originally submitted a bid earlier in December to buy the apparel label for $3.3 million but ended up acquiring it for more than twice his initial offer at $7.551 million.

Combs launched Sean John in 1998, releasing an array of coveted and bold streetwear looks, including signature pieces such as fur coats and velour suits, oversized silhouettes, baggy denim, and so much more. Within two years after its official debut, Sean John was featured in more than 1,200 stores and had already amassed sales of $200 million.

In addition, the clothing brand also hosted one of New York Fashion Week’s most highly-anticipated runway shows, and Combs secured an award from the CFDA for menswear design in 2004. Over the years, his fashion business has been championed by A-list stars, like the Hilton sisters, Kimora Lee Simmons, Mariah Carey, Usher, Pharrell Williams, Mary J. Blige, Rick Ross, Naomi Campbell, and many more notable celebrities.

“I launched Sean John in 1998 with the goal of building a premium brand that shattered tradition and introduced hip-hop to high-fashion on a global scale,” Combs said in an official statement. “Seeing how streetwear has evolved to rewrite the rules of fashion and impact culture across categories, I’m ready to reclaim ownership of the brand, build a team of visionary designers and global partners to write the next chapter of Sean John’s legacy.”

After winning the bid amongst a total of 45 potential buyers, the final approval of Combs’ $7 million offer is scheduled to be held on Wednesday, Dec. 22, and we can expect the early-aughts streetwear comeback from Combs himself sooner than we thought.