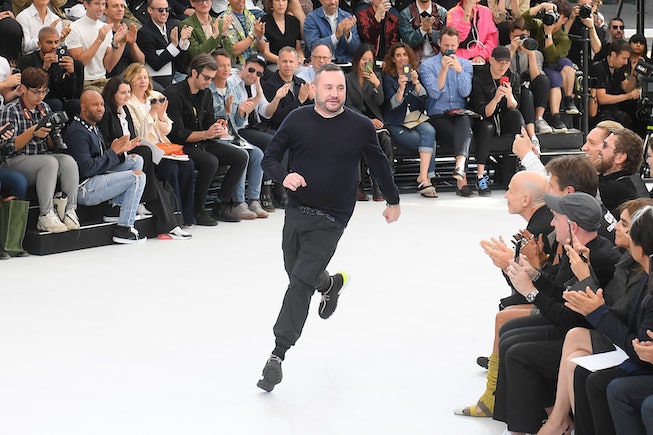 Editor's Note: This article was updated to include Kim Jones' official debut collection date for Fendi.

It's official: Announced on Wednesday, Kim Jones will succeed Karl Largerfeld and is taking over the reins at Fendi. The British designer will serve as women's artistic director of Fendi’s haute couture, ready-to-wear, and fur collections. Jones is also maintaining his role as artistic director of Dior Homme, which he took on in 2018 after a seven-year stint designing for Louis Vuitton's menswear line.

"Working across two such prestigious houses is a true honor as a designer and to be able to join the house of Fendi as well as continuing my work at Dior Men's is a huge privilege," Jones said in an official statement.

Jones will work alongside Silvia Venturini Fendi, who has been the driving creative force of Fendi since Lagerfeld's death in February 2019. Fendi will continue to design the accessories and menswear collections.

"Kim Jones is a great talent and since joining, he has continuously proven his ability to adapt to the codes and heritage of the LVMH houses while revisiting them with great modernity and audacity," said Bernard Arnault, chairman and chief executive officer at LVMH in an official statement. "At Fendi, I am convinced that his vision and passion will highly contribute to the success of the women’s collections."

This article was originally published on Sep. 9, 2020