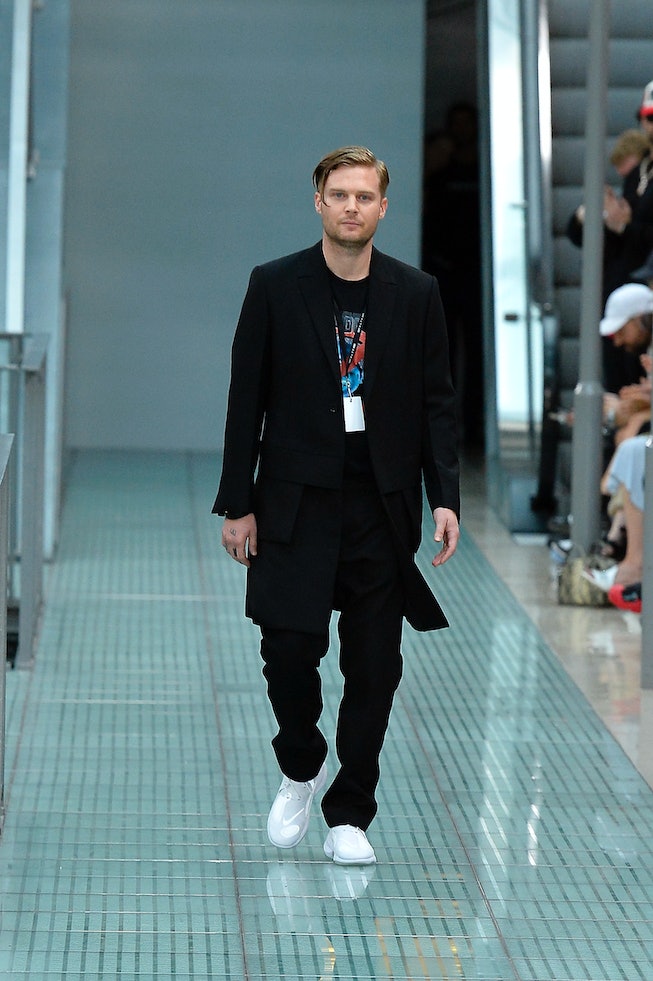 It was officially announced on Monday morning that Givenchy's newest creative director is Matthew Williams Of 1017 Alyx 9SM. The American designer succeeds Clare Waight Keller, who stepped down in April 2020 after three years at the French fashion house, and his first collection will debut in October.

"I want to say something about how honored I am to be taking on the role of relative director of Givenchy. It’s been my lifelong dream to be in this position and it’s really surreal that it’s finally here," said Williams in an official statement (via voice note) on Givenchy's Instagram page. "I've worked every day for 15 years towards a single goal and it's super, super surreal. And at the same time, it's bittersweet because we're living in unprecedented times in the world and I just hope in some way I can bring hope, and with my community and colleagues, create positive change for our industry and for the wold and I would like to use this platform to do so."

Upon Keller's departure, Williams was in the running to take on the top role, according to Business of Fashion. Born in Chicago and based in Ferrara, Italy, where he manages his family-run fashion brand, Williams first broke into the industry as a creative director for Lady Gaga, and founded the streetwear collective Been Trill alongside Heron Preston and Virgil Abloh. In 2015, he launched 1017 Alyx 9SM (formerly known as Alyx), which became a LVMH Prize finalist the following year and whose "Rollercoaster" buckle belt has become the brand's coveted signature item. Since then, he's garnered a slew of top collaborations, including Nike, Dior Homme by Kim Jones, and Moncler Genius.

Appointing Williams brings Givenchy back into an era when the luxury brand tapped into streetwear during Riccardo Tisci's tenure as creative director. In 2011, the designer's Rottweiler graphic T-shirts made their runway debut and became a wardrobe staple in hip-hop and streetwear. With Williams at the helm, perhaps the LVMH-owned house is aiming to garner some of its street cred (and hype) back.