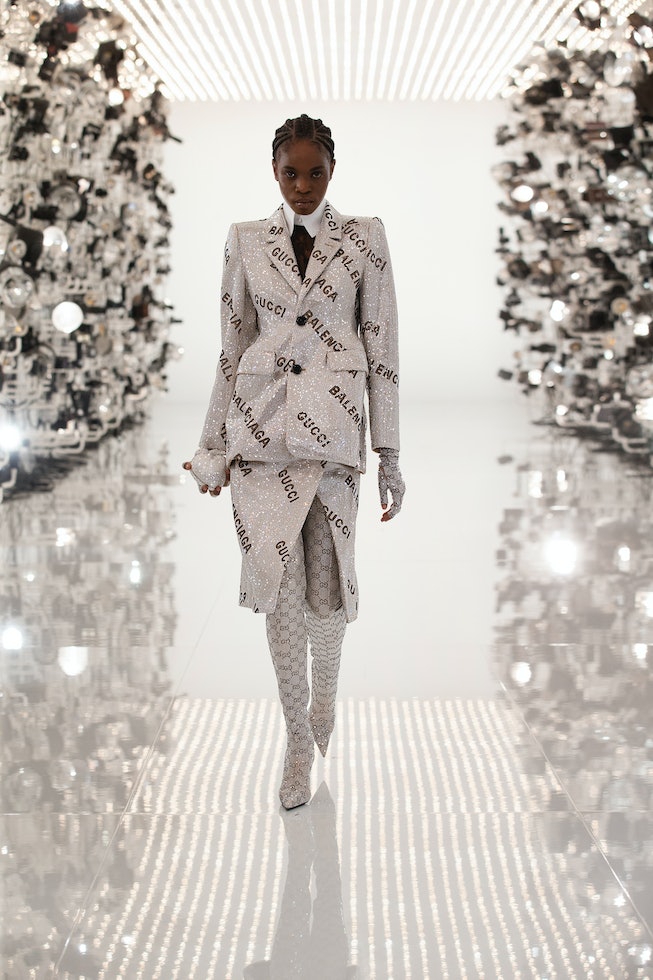 The Gucci and Balenciaga rumors turned out to be true. After online talk of a, um, creative partnership with Balenciaga throughout the week, Gucci confirmed the theories on Thursday when it presented its new “Aria” collection with a short fashion film.

Gucci and Balenciaga have joined in what they’ve coined a “hacking lab,” with Gucci’s Alessandro Michele “hacking” into Demna Gvasalia designs to create the pieces, some of which include both Gucci and Balenciaga logos and a mashup of the creative directors’ signature aesthetics for their respective fashion houses. Do not call this a collab!

The show’s soundtrack was 100% Gucci though, playing songs by Lil Pump, Bree Runaway, Rick Ross, and more, all centered around name-dropping the brand.

Check out some of Gucci and Balenciaga’s peak “hacking lab” looks, as well as a video of the full show, below.

NEXT UP
Fashion
Dickies & Gucci Vault Drop A Sparkling, Studded Holiday
Culture
Mowalola Teams Up With Bratz For A Daring, High Fashion Collection
Culture
An Exhaustive Breakdown Of The Balenciaga Controversy
Fashion
Reformation & Canada Goose Team Up To Warm You Up