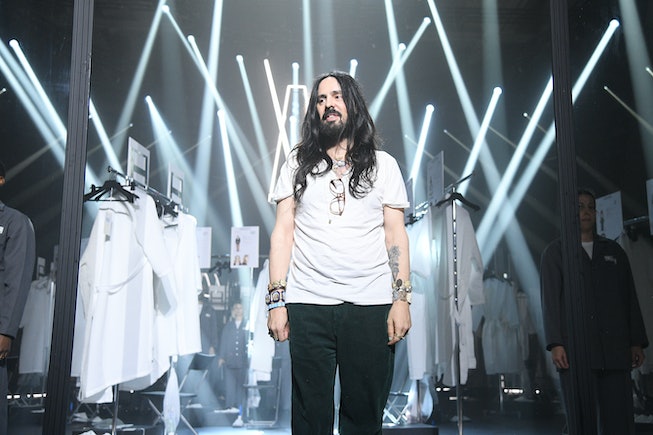 Although fashion month is officially over, Gucci announced an official date to present its next runway show. Titled “Aria,” the anticipated collection by Gucci’s Alessandro Michele will mark the Italian fashion house’s 100-year anniversary in 2021 and will be shown in a short film.

Last May, Michele announced that he would be forgoing the usual fashion week calendar moving forward, saying that he would show only two fashion shows per year and look for new ways to present his vision for Gucci’s other collections.

“I will abandon the worn-out ritual of seasonalities and shows to regain a new cadence, closer to my expressive call,” Michele wrote in a statement published on Instagram. “We will meet just twice a year, to share the chapters of a new story. Irregular, joyful and absolutely free chapters, which will be written blending rules and genres, feeding on new spaces, linguistic codes and communication platforms.”

Since then, the brand has shown its Epilogue collection via a 12-hour livestream back in July, with the Gucci team modeling the looks from the office. Plus, in November, it introduced the first star-studded GucciFest, a week-long event that included short films featuring Harry Styles and Billie Eilish.

Gucci’s film for its upcoming “Aria” collection will debut on Thursday, April 15.