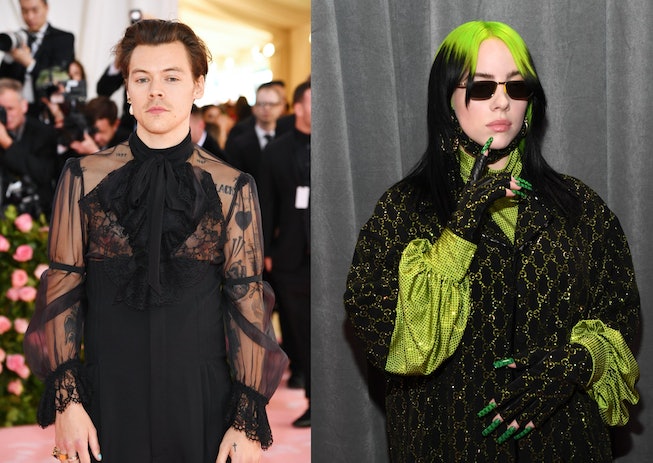 Gucci will be hosting a fashion and film online extravaganza called Guccifest for its new collection later this month. Designer Alessandro Michele partnered with director Gus Van Sant to create seven short films to present its new collection, Ouverture Of Something That Never Ended, some of which will star Gucci favorites Harry Styles and Billie Eilish.

The film series, which was shot in Rome, will also feature Silvia Calderoni, with additional celebrity appearances by Jeremy O. Harris, Florence Welch, Arlo Parks, and more. The event will also be elevating emerging designers, as well, showing short films from 15 up-and-coming brands, each hand-selected by Michele himself, including Collina Strada, Mowalola, Bianca Saunders, among others.

Beginning on Monday, Nov. 16, Gucci will debut one new video each day until Sunday, Nov. 22, while gradually revealing its new collection. This will mark Gucci's first presentation since Michele announced he would be abandoning the traditional fashion week calendar back in May.

"I will abandon the worn-out ritual of seasonalities and shows to regain a new cadence, closer to my expressive call," he said. "We will meet just twice a year, to share the chapters of a new story. Irregular, joyful and absolutely free chapters, which will be written blending rules and genres, feeding on new spaces, linguistic codes and communication platforms."

Gucci has already tapped into film as a medium of choice to showcase its offerings recently. In a partnership with Dazed, actors Elle Fanning and Jodie Turner-Smith were tasked to direct their own short films for the luxury brand.